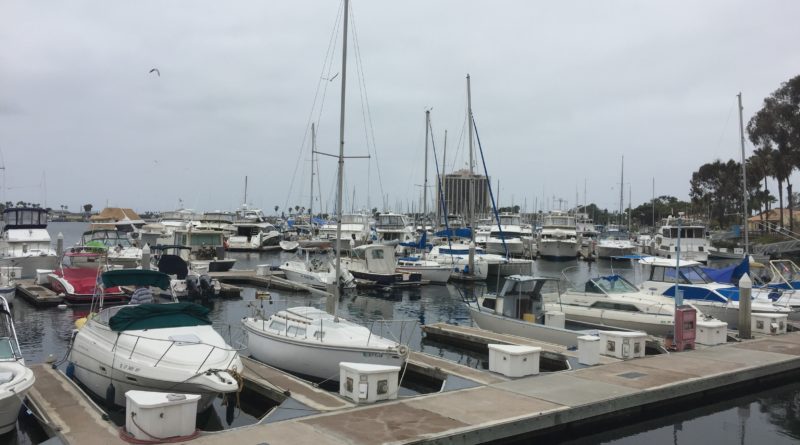 Bipartisan bill, if approved by Senate and White House, would ensure federal funds are appropriated for dredging projects.

WASHINGTON, D.C.—Harbors and ports across the United States could be receiving an infusion of cash – $34 billion, to be exact – during the next 10 years, and Congress won’t have to raise taxes to redirect federal funds to our coastal infrastructure.

House Resolution 2440 (H.R. 2440) made it out of the House of Representatives in late October; the bill, which proposes to direct $34 billion from the federal Harbor Maintenance Trust Fund toward harbor and port maintenance through 2029, now moves to the U.S. Senate for consideration.

The House Committee on Transportation stated H.R. 2440 would make it easier to appropriate funds for harbor and port maintenance projects.

The Harbor Maintenance Trust Fund already has $9.3 billion in revenues idly sitting in its coffers, according to the National Marine Manufacturers Association (NMMA); another $24.5 billion would be collected by the trust fund before 2030, an NMMA statement on H.R. 2440 said.

Only $19.4 billion of the revenues would be spent on harbor maintenance through 2029, the official NMMA statement continued – leaving the Harbor Maintenance Trust Fund with a balance of about $14.4 billion at the end of the next decade.

H.R. 2440, if passed by the Senate and signed into law by Pres. Donald J. Trump, would achieve two things: ensure the $24.5 billion the trust fund expects to collect during the next 10 years is spent on federal harbor maintenance; and, authorize an appropriation for additional harbor maintenance from the fund’s existing $9.3 billion.

“Full utilization of the fund would provide the necessary funding to enable the U.S. Army Corps of Engineers to dredge all federal harbors to their constructed widths and depths,” NMMA staff said in a released statement about H.R. 2440. “Properly dredged channels are essential to providing critical access points for marinas and coastal communities where businesses depend on marine recreation-based economic activity. Additionally, without sufficient dredging in small recreation-based ports, some recreational boaters are forced to use high traffic commercial channels, which can lead to potential user conflicts and safety concerns.”

Congress enacted a “Harbor Maintenance Tax” in 1986; the levy, according to an H.R. 2440 fact sheet published by the House Committee on Transportation and Infrastructure, would help fund the operation and maintenance of dredging costs. The 0.125 percent tax is assessed upon imported cargo coming into coastal and inland ports. Tax revenues are deposited into the Harbor Maintenance Trust Fund, which is managed by the U.S. Treasury. Congress appropriates money from the trust fund to the U.S. Army Corps of Engineers for dredging projects.

“Unfortunately, what is collected and what is spent on harbor maintenance is not the same,” the H.R. 2440 fact sheet stated.

“According to the Corps, navigation channels at our Nation’s busiest 59 ports are available less than 35 percent of the time – and the conditions of our midsize and emerging harbors are far worse,” the H.R. 2440 fact sheet continued. “The American Society of Civil Engineers estimates that our nation’s ports and harbors will need additional investment of $15.8 billion between now and 2020 just to meet the demands of larger and heavier ships that will use the Panama Canal.”