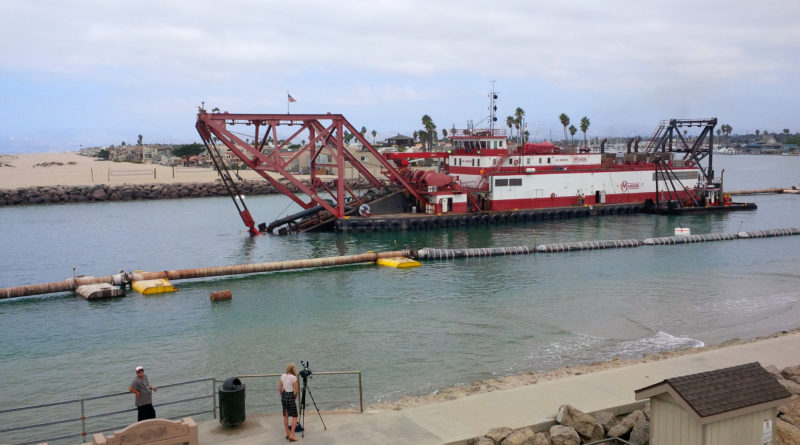 WASHINGTON, D.C. — The federal government dodged yet another closure when Pres. Donald J. Trump signed the Omnibus Spending Bill into law in mid-March. His signature means the federal government will be funded through at least Sept. 30, and some of the programs included in the spending bill were viewed in some corners as beneficial to recreational boating.

Interior Secretary Ryan Zinke, meanwhile, announced the inaugural membership of his department’s “Made In America” Outdoor Recreation Advisory Committee. The department specifically named the first 15 members to serve on the federal advisory board.

The National Marine Manufacturers Association (NMMA) hailed the spending bill as a victory for anglers, boaters and other outdoor interests.

The Army Corps of Engineers, for example, will have funding for dredging as part of its mission to address harbor construction, shore protection and aquatic ecosystem restoration. More than $3.5 billion, meanwhile, will be available for the National Oceanic and Atmospheric Administration (NOAA) to maintain and operate pilot programs such as state-led fisheries management, its aircraft and vessels, and other cooperative agreements.

Several Corps of Engineers projects would be funded by the current spending bill, including $24.28 million for navigation maintenance, $30 million for inland waterways and $50 million for “small, remote, or subsistence navigation.”

Southern California’s harbors and port districts rely upon federal funds to complete dredging projects, particularly as it relates to navigations channels under Washington, D.C.’s jurisdiction. Newport Beach, interestingly enough, hired a firm in February to increase the city’s visibility in Washington, D.C. and angle for better positioning when it came to priority federal dredging projects.

Another $144 million from fund transfers would be available for research on annual stock assessments of American fisheries.

Fishery management councils and regional commissions would be provided with a $35.87 million budget; the money would support operation, research and staffing of fishery management.

Some of the federal funding – about $65M – would be directed to Pacific coastal salmon recovery in California, Nevada, Oregon, Washington, Idaho and Alaska.

Almost $1.3 billion will be available for the U.S. Fish and Wildlife Service to use to perform scientific and economic studies, general administration duties and other related tasks. Roughly $66.5 million would be allocated to the Service’s acquisition and management of lands for conservation, investigations and protection of fish and wildlife resources.

Another $3.4 million was allocated to the Marine Mammal Commission. Other projects receiving funding under the Omnibus Spending Bill include the California Bay-Delta Restoration and the Coast Guard’s environmental compliance and restoration activities, the National Park Service’s national recreation and preservation program, and oil and gas lease programs on the Outer Continental Shelf.

An initiative to address challenges to public lands and infrastructure officially has a team in place to discuss initiatives and solutions, according to the Department of Interior.

Zinke, who heads the Interior Department, introduced the “Made in America” Outdoor Recreation Advisory Committee in November 2017; the 15-member advisory board was established as a public-private partnership effort to expand access and improve infrastructure on public lands and waterways.

Committee members were, according to the Interior Department, selected based on their respective backgrounds and experiences in the recreation industry.

“The duties of the Committee are strictly advisory and will consist of, but not be limited to, providing recommendations including: expand and improve visitor infrastructure developed through public-private partnerships; implement sustainable operations embracing fair, efficient and convenient fee collection and strategic use of the collected fees; improve interpretation using technology; [and,] create better tools and/or opportunities for Americans to discover their lands and waters,” the Interior Department statement continued.

Among the members serving on the committee are the founder and CEO of Bass Pro Shops, president and CEO of American Fly Fishing Trade Association, assistant secretary of parks and tourism with Kansas’ Department of Wildlife, Parks and Tourism, government relations manager with Yamaha Motor Corporation USA, executive chair of Simms Fishing Products and vice president of government affairs and advocacy for Shimano American Corp/Shimano Canada.

US Army Corps of Engineers photo