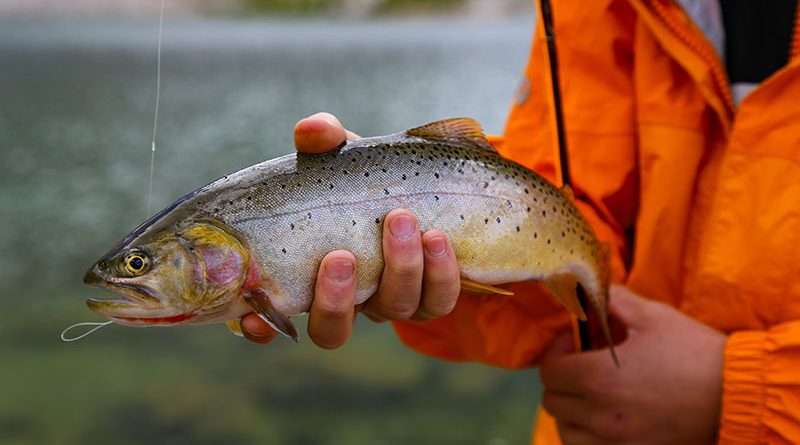 This summer’s stocking may inform future restoration efforts. Still, it is also an initiative to expand recreational trout fishing opportunities for the public, enhance the near-shore fishery, and foster an appreciation for this iconic native species. Shutterstock image.

LAKE TAHOE¾ On June 3, The California Department of Fish and Wildlife announced that 100,000 Lahontan Cutthroat Trout, Tahoe’s native fish, would be returning this summer.

The Lahontan National Fish Hatchery Complex in Gardnerville, Nevada, has begun to stock 100,000 catchable, Lahontan cutthroat trout in Lake Tahoe as of June 1. The project will continue stocking throughout the summer as long as conditions permit.

The addition of Lahontan cutthroat trout has biological and recreational importance and essential cultural value to the Washoe Tribe, according to the press release by the CDFW on June 3. As the original stewards of Lahontan cutthroat trout, the Washoe Tribe has been an important stakeholder and partner since the beginning of reintroduction in the Tahoe Basin. In addition, the tribe has always supported the restoration projects within the Washoe’s ancestral lands.

The fish will be reintroduced to various publicly accessible locations in both the California and Nevada portions of the lake. In addition, approximately 20 percent of the trout will be tagged to help biologists analyze the success of the stocking project along with the growth, survival rate, and distribution of the fish.

The CDFW requires anglers to follow all fishing regulations and encourages them to report any tagged fish they catch by calling the phone number on the tag, (775) 861-6355. Over time, stocking will inform conservation and recreation strategies in reintroducing this native strain of the fish into its historic habitat.

The trout have been stocked intermittently in Lake Tahoe since 2011 but in much smaller quantities. They are the only trout native to the Tahoe Basin and the largest cutthroat trout species in the world. The fish currently being stocked are the Pilot Peak strain of the species, which is known for its fast growth rate and exceptional size. The Pilot Peak strain is also found in Nevada’s Pyramid Lake, which attracts anglers from around the world hoping to catch one of the lake’s giant Lahontan cutthroat trout.

Lahontan cutthroat trout are listed as a threatened species under the Endangered Species Act. Their original listing in 1970 predates the modern act, passed in 1973. The native trout eventually disappeared from Lake Tahoe by cause of overfishing, damage to spawning tributaries caused by pollution, logging, water diversions, and the introduction of nonnative species. Federal and state efforts are ongoing throughout the fish’s native range in California and Nevada to restore the species and its habitat.