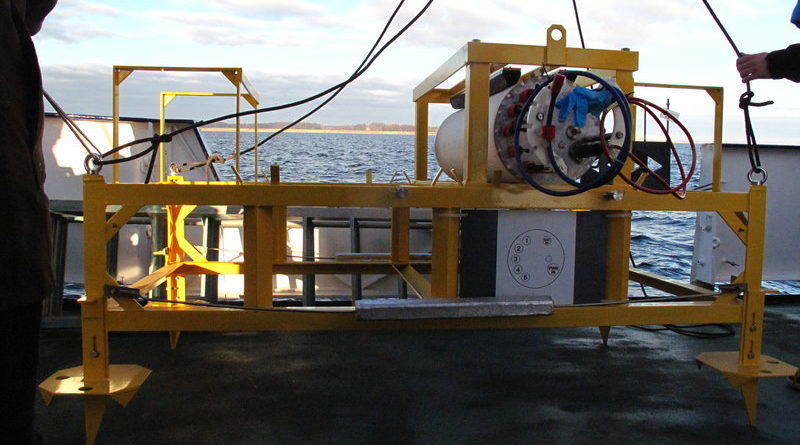 GERMANY—A large underwater observatory has mysteriously disappeared from the Baltic Sea off the coast of Germany. The $330,000 monitoring station was used to gather scientific data and disappeared on Aug. 21.

Divers were dispatched to the site after transmissions from the station came to a sudden halt. GEOMAR Helmholtz Center for Ocean Research Kiel and the Helmholtz Center Geesthacht manage the Boknis Eck observatory and said in a released statement that divers found only a shredded transmission cable. GEOMAR also said it appeared the sensors that take the data measurements had been forcibly removed.

Researchers say the observatory, composed of two racks weighing a combined 1,700 pounds, was too heavy to be swept away by a massive storm, heavy currents, or even marine animals. The observatory was in a restricted area off the northern coast of Germany where boats, including fishing vessels, are not allowed into the area, the BBC reported. According to GEOMAR, German police were alerted to the incident is now being investigating.

The Boknis Eck Observatory was located about a mile off shore at the outlet of Eckernförde Bay, which is north of Kiel, Germany. Data collected at the station on water temperature, nutrients, salinity, the speed of water flow, and concentrations of chlorophyll and methane were used to evaluate the health of the ecosystem in and around the southwestern Baltic Sea. The data was used to identify potential problems and take the required countermeasures. Scientists have been gathering the data since 1957 and installed the underwater observatory in December 2016.

GEOMAR has appealed for any witnesses who might have spotted suspicious activity in the area or have found parts of the apparatus on the beach.

“The data that we collect is downright priceless,” Boknis Eck coordinator Hermann Bange said in a released statement. “They help research to register changes in the Baltic Sea and possibly take countermeasures.”