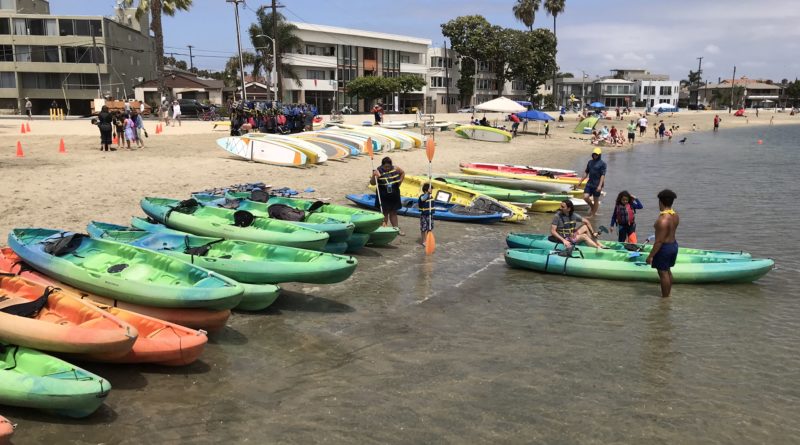 California’s top executive rejected creation of office because it added another layer of bureaucracy.

SACRAMENTO — A proposal to develop a new governmental office to promote kayaking, fishing and other outdoor recreational activities was squashed by California’s governor on Sept. 17, as Assembly Bill 1918 was sent back to the legislature despite broad support from Assembly members and State Senators.

“The activities identified in this bill are important, but a new bureaucracy is not needed to accomplish the goal,” Brown stated in his veto message. “Over the last few years the Department of Parks and Recreation has worked toward enhancing recreational opportunities throughout the state. In fact, Parks California, a support organization to the Department of Parks and Recreation, was recently created to promote outdoor recreation and is engaging in similar activities to those called for in this bill.”

Assembly member Eduardo Garcia, who authored AB 1918, did not immediately release a statement about the bill’s veto; a request for comment was not replied to as of press time.

Garcia introduced the bill more than eight months ago, hoping to create a new agency dedicated to supporting the outdoor recreational economy. The proposal would have also created an advisory board to provide expertise and other support to the office, had Brown signed the AB 1918 into law.

The Assembly member, shortly after legislators approved the bill in late August, said the creation of the Office of Sustainable Outdoor Recreation would both urge Californians to participate more in recreational activities and contribute to the economy.

“#California is blessed with a diverse terrain of recreational pursuits and our work with AB 1918 will help get more people out to explore them,” Garcia said on a social media post just ahead of his bill going to Brown’s desk. “We are just the Governor’s signature away from establishing a new state Office of Sustainable #OutdoorRecreation to help unleash to full economic potential of this already booming over $92 billion #OutdoorIndustry. This will mean more #CAJobs along with a wide range of other health and educational benefits.”

An Office of Sustainable Outdoor Recreation, had it survived Brown’s veto, would have be called upon to support California’s outdoor recreational economy and recommend policies to “enhance recreational activities and experiences.”

The office would have also been directed to collect and develop data to determine how outdoor recreational activities affect the California economy, all while being a central point of contact for outdoors enthusiasts and industry members.

An Assembly analysis of the bill stated California’s outdoor recreation economy is the nation’s largest, generating more than $85 million in consumer spending and creating 730,000-plus direct jobs.

“Despite the size and impact of the outdoor recreation economy in California, there is no single state-level office or governmental body that has the visibility and authority necessary to promote and advance the sector and harness its impact to improve outdoor recreation opportunities in the state,” the Assembly analysis, which was published on Aug. 28, said.” As California’s population continues to grow and diversify, there is an opportunity to actively engage the outdoor recreation industry to continue and grow its leadership on issues related to stewardship of natural resources and connecting Californians, especially those from diverse communities, to the outdoors.”

Brown’s veto could pose an interesting question: what should be the government’s role be in promoting outdoor recreational activities, be it boating, fishing, kayaking or otherwise? To what extent should those specific industries, just the same, rely upon the government to push for greater outdoor recreation participation (versus campaigning for the same goal through their own respective channels)?

It’s unclear where the fine balance between bureaucratic support and private enterprise should be struck, but California will, at minimum, maintain the status quo with its outdoor recreational economy for the rest of 2018 and into 2019.