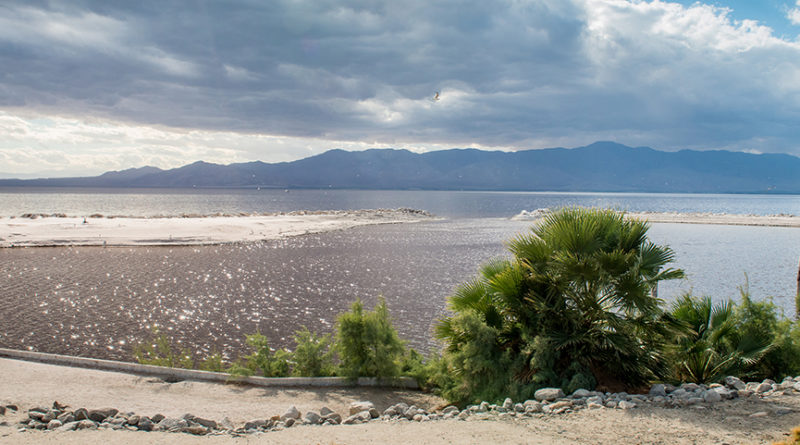 Bill to create a new office to manage California’s largest lake placed on hold until 2020.

SACRAMENTO—A proposal to create the Office of the Salton Sea within the California Natural Resources Agency was put on hold until 2020, it was confirmed on July 18. The legislation – Assembly Bill 1657, or AB 1657 – had made it out of the Assembly and onto the State Senate floor before being held back by its author, Assembly member Eduardo Garcia.

AB 1657, if passed and signed into law, would have created the Office of the Salton Sea to “include …  persons with expertise in project management, engineering, scientific and legal issues and community engagement.”

“AB 1657 will be on hold until next year. Assembly member Garcia has made it a two-year bill to allow for local stakeholder discussions to take place with the [governor’s] administration, Aurora Saldivar, a spokesperson for Garcia, told The Log in an email.

The bill made it out of the Assembly on May 30, earning a 76-0 vote; AB 1657 then headed to committee in the State Senate before being held back by Garcia on July 1.

Garcia proposed the Office of the Salton Sea to help with its restoration.

“The amount of water flowing into the sea has been reduced [since 2003], which is further increasing salinity and causing the sea’s shoreline to recede. As the sea shrinks, an increasing amount of dry, dusty lakebed is exposed. Since 2003, the area of the Salton Sea has been reduced by 24,200 acres, with 2,260 acres of lakebed newly exposed in 2018,” a legislative analysis of AB 1657 stated.

“The shrinking sea is impairing wildlife habitats,” the legislative analysis continued. “Hundreds of thousands of birds along the Pacific Flyway have come to rely on the sea for food, rest, and nesting. Protecting against extreme salinity in the sea is important for the survival of the fish that provide food for these birds. The lake and its surroundings also provide habitat for some fish and bird species.”

California agreed to assume a majority of the financial responsibility for restoring the Salton Sea and mitigating its environmental effects.

Establishing an Office of the Salton Sea, according to Garcia, would be consistent with California’s plan to restore the lake by 2027. California state officials established a 10-year, $420 million plan to direct public funds to the Salton Sea “and address the negative public health and environmental impacts.”

“The issue is that inadequate staffing levels have resulted in a small number of state staff handling all aspects of Salton Sea projects,” the legislative analysis of AB 1657 stated. “The implementation of the ten-year plan is already running behind, with the state anticipating missing its 2019 targets. AB 1657 will ensure there is dedicated staffing and essential oversight for planned and future projects at the Salton Sea.”

Creation of the Office of the Salton Sea could $750,000 to $1 million, or more, annually, according to the legislative analysis of AB 1657.