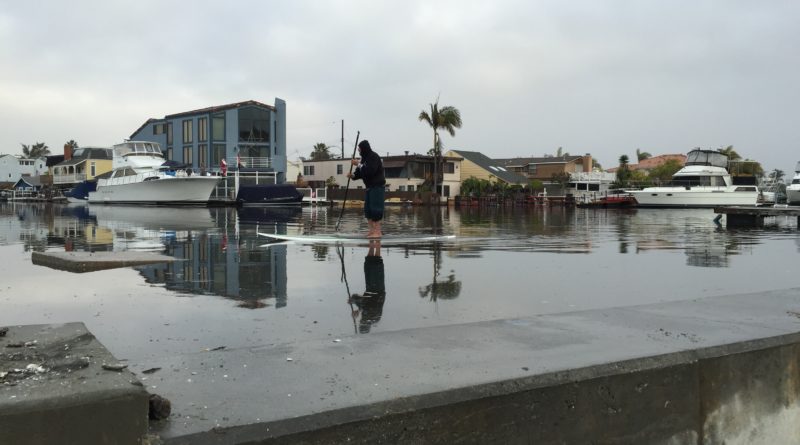 STATEWIDE — The California Coastal Commission plans to spend the next few weeks interacting with the public at large on updating the quasi-judicial agency’s sea level rise adaptation policy.

The clock on a 30-day public review period of the commission’s Residential Adaptation Policy Guidance Update – a document outlining how to prepare for predicted sea level rise – could start soon. Commission staff anticipates the public review process on the sea level rise policy document could be released in late February or early March.

Coastal Commission staff hopes the public review process would help them update the Draft Residential Adaptation Policy Guidance document it released in July 2017. The revised document, which will go through its second public review period, could be in front of the full commission for a vote in May or June.

The sea level rise-themed Residential Adaptation Guidance policy, according to the Coastal Commission, is intended to be a set of interpretive guidelines, not a document of regulations.

“This guidance … is intended to assist local governments in planning for sea level rise adaptation,” the draft document’s introduction section stated. “This guidance provides a more in-depth discussion of sea level rise adaptation policies specifically related to residential development, and it provides examples of policies that cities and counties can consider for use in their communities.”

Predicted sea level rise, according to the Coastal Commission’s proposed policy guidance document, could negatively affect public access and future development patterns. Taking adaptive steps now could make it easier for policymakers and the public at large to react to changing conditions if – or when – they occur.

“As sea levels rise, and beaches migrate inland, maintaining residential development adjacent to the shoreline will cause the narrowing and eventual loss of beaches, dunes and other shoreline and offshore recreational areas,” the draft policy guidance document stated. “Given the severity of impacts that could occur as a result of sea level rise, and the uncertainties surrounding projections of sea level rise over the lifetimes of many coastal projects, communities, planners, coastal managers and project applicants will need to use adaptation strategies to effectively address coastal hazard risks and protect coastal resources over time.”

The policy guidance document listed a handful of recommendations for cities, counties and port districts to follow in crafting a sea level rise strategy: use best available science, disclose risk to all property owners, avoid hazards through design decisions and regulate redevelopment.

It was unclear, as of press time, when the 30-day public review period on the Draft Residential Adaptation Policy Guidance document would begin. The Log will update coverage on this issue as the process plays out during the coming weeks and months.

The next California Coastal Commission meeting will be held March 7-9 at Oxnard Harbor District in Port Hueneme.