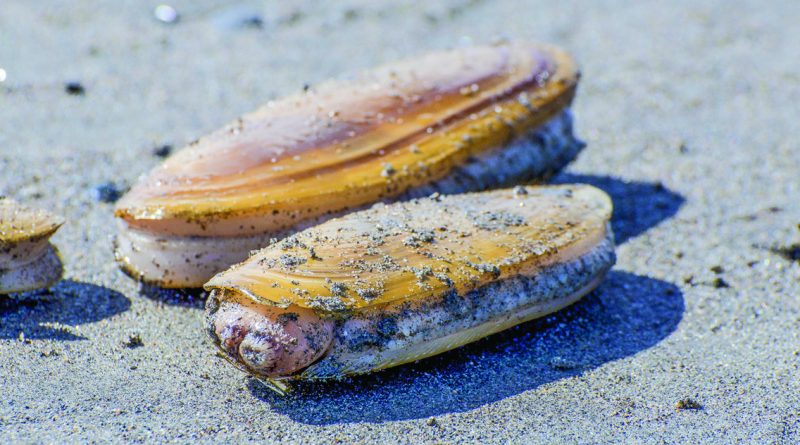 DEL NORTE COUNTY— On Dec. 16, the California Department of Fish and Wildlife announced the razor clam fishery in Del Norte County will once again close due to public health hazards. The decision to close the fishery follows the recommendation from the Office of Environmental Health Hazard Assessment, which, in consultation with the California Department of Public Health, have determined the consumption of razor clams taken from Del Norte County poses a significant threat for domoic acid exposure. This fishery reopened on April 29, 2021, following a five-year closure.

Pseudo-nitzschia is a naturally occurring single-celled marine alga that produces potent neurotoxin domoic acid under certain ocean conditions. Bivalve shellfish such as clams and mussels collect the toxin without being harmed. Razor clams are known to bioaccumulate domoic acid, meaning they may not clear their system until long after a bloom has diminished.

Early December testing of razor clams from Crescent Beach in Crescent City found clams surpassing the current federal action level for domoic acid of greater than or equal to 20 parts per million.

Domoic acid poisoning in humans can occur within minutes to hours after consuming affected seafood. It can result in symptoms varying from vomiting and diarrhea to permanent short-term memory loss, coma, or death. There is no way to prepare infected clams by removing the toxin for safe consumption. Cooking and freezing have no effect.