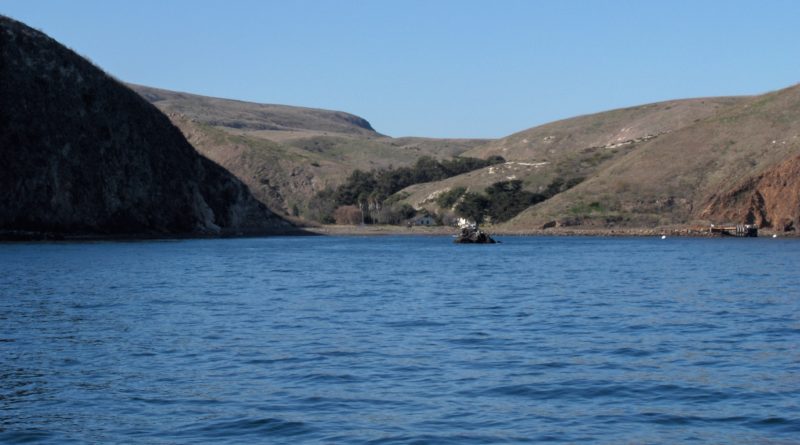 Updated pier would be more secure than previous structure, according to agency.

DANA POINT — National Park Services’ plan to update the primary access to Santa Cruz Island earned the blessings of California Coastal Commission members, as the quasi-judicial agency determined the federal project to be consistent with the commission’s policies, Dec. 13.

Plans currently call for the removal of a 9-foot-wide-by-96-foot-long gangway from an existing structure and have it re-used at the new pier location.

The existing pier, which is used as the primary access point for Santa Cruz Island visitors, is no longer safe, according to Coastal Commission staff.

“The existing pier is in an area of exposed shallow waters to the north of the new proposed pier site that can often present conditions that are challenging or unsafe for navigation and passenger loading. Because the pier at Scorpion Anchorage provides the primary means of entry for public visitors to the eastern end of Santa Cruz Island (the portion of the island owned and managed by NPS), which provides camping and recreational facilities, NPS is proposing to replace it with a larger, more secure pier at a more southerly location,” according to Coastal Commission staff.

“This new proposed pier would extend into deeper water, allowing it to be safely used by vessels in a wider range of ocean conditions,” Coastal Commission staff continued.

The new pier would include a 30-foot-wide-by-60-foot-long area for passenger loading and unloading, the Coastal Commission staff report stated. Also proposed is an attached aluminum gangway and “a series of 12-inch fiberglass fender piles along the perimeter.”

“The surface of the pier would remain an average of 17 [feet] above the ocean surface and pass-through access by foot or kayak would be possible during most conditions for much of the pier span,” Coastal Commission staff stated in its report to commissioners.

Some of the concerns surrounding the project were potential loss or disturbance of sensitive marine habitat and adverse impacts to coastal water quality.

Santa Cruz Island, according to Coastal Commission staff, “is the most visited island in Channel Islands National Park.”

About one-third of the island is owned and managed by NPS; The Nature Conservancy owns the remainder of the island.

“Scorpion Anchorage at the northeastern end of the island … serves as the primary entry point for public access to the island and Channel Islands National Park. The pier at Scorpion Anchorage is a critical component of that access. Most park visitors access the park through a ferry service operated by a NPS concessionaire from Channel Islands Harbor in Ventura County,” Coastal Commission staff stated.

Scorpion Anchorage was in dire need of repair and updating, according to the Coastal Commission staff report. The pier, specifically was intended to be a “temporary and low-cost solution for providing urgent access” to Santa Cruz Island shortly after NPS purchased its segment of the island’s east end in 1996.

“The existing pier is rapidly deteriorating due to wave action and salt water, and has never fully met administrative or visitor accessibility needs,” Coastal Commission staff stated. “Disembarkation requires visitors and NPS staff to use ladders in pitching and shifting seas, and it is not safe for boats to approach or dock when tides are low or when wave heights are greater than 1 or 2 feet. The boats are not moored or tied up to the dock because wave action generally makes the boat unsteady.”