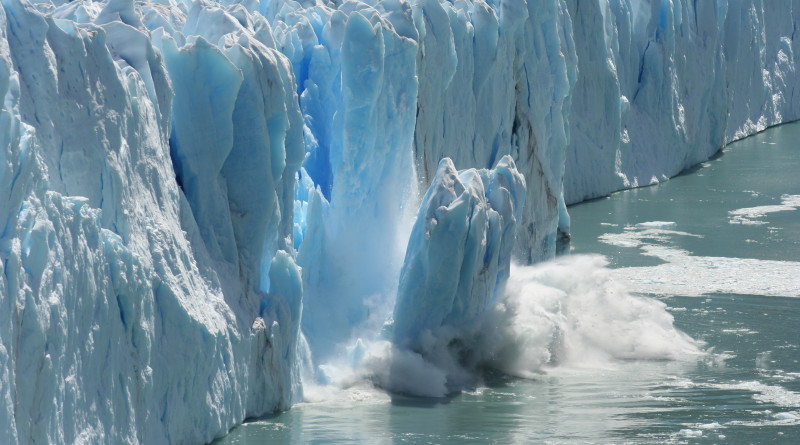 STATEWIDE — The merits of whether climate change is manmade – or even exists – continue to be questioned by deniers, leading federal administrators and others. However yet another state agency acknowledged climate change must be addressed.

California’s State Water Resources Board (SWRB) approved a resolution in February to better respond to the potential effects of climate change and become more engaged with the public on educational initiatives about adaptation or mitigation.

Interestingly enough a group of researchers co-authored a March 13 article on Nature.com stating natural causes actually plays a significant role in the loss of Arctic’s sea-ice.

“Sharp rises in the atmospheric concentration of greenhouse gases over the last century and a half, due to human activity, have led to an increase in global average temperature, and associated climate change,” the SWRB resolution stated.

Future impacts of climate change, according to SWRB, include sea level rise, increased frequency of extreme weather events, more (and prolonged) drought periods and saltwater intrusion into groundwater, among others.

“Each of the last three decades has been successively warmer at the Earth’s surface than any preceding decade since 1850. The period from 1983 to 2012 was likely the warmest 30-year period of the last 1400 years in the Northern Hemisphere, where such assessment is possible,” the 2014 IPCC report stated.

IPCC’s scientists stated the global surface temperature is likely to increase by as much as 1.5 degrees (Celsius) by 2100.

“It is virtually certain that there will be more frequent hot and fewer cold temperature extremes over most land areas on daily and seasonal timescales, as global mean surface temperature increases. It is very likely that heat waves will occur with a higher frequency and longer duration,” the 2014 IPCC report stated. “Occasional cold winter extremes will continue to occur.”

Whether these future projections, which are extrapolated from past data and historical patterns, come true remains to be seen, of course. The scientific team behind the 2014 IPCC report stated much of what is forecast could be prevented if certain measures are put in place now.

“Strategies and actions can be pursued now which will move towards climate-resilient pathways for sustainable development, while at the same time helping to improve livelihoods, social and economic well-being and effective environmental management,” the 2014 IPCC report stated. “In some cases, economic diversification can be an important element of such strategies. The effectiveness of integrated responses can be enhanced by relevant tools, suitable governance structures and adequate institutional and human capacity.”

The full SWRB resolution can be viewed on the agency’s website.

Meanwhile a group of researchers – led by University of California, Santa Barbara scientist Qinghua Ding – stated the relationship between warming temperatures and Arctic sea-ice loss is not yet fully understood.

“The Arctic has seen rapid sea-ice decline in the past three decades, whilst warming at about twice the global average rate,” Ding and others stated in their March 13 report on Nature.com. “Yet the relationship between Arctic warming and sea-ice loss is not well understood.”

Ding and his colleagues stated natural summertime circulation patterns could be responsible for about half of September Arctic sea-ice loss since 1979.

The report basically points out nature plays a significant role in contributing to melting ice conditions in addition to man-made causes to climate change.

“Circulation variations over the Arctic have been a significant factor in driving sea-ice variability since 1979, and have had a non-trivial contribution to the total surface temperature trend over Greenland and northeastern Canada,” Ding and his colleagues stated. “The potentially large contribution of internal variability to sea-ice loss over the next 40 years reinforces the importance of natural contributions to sea-ice trends over the past several decades.”