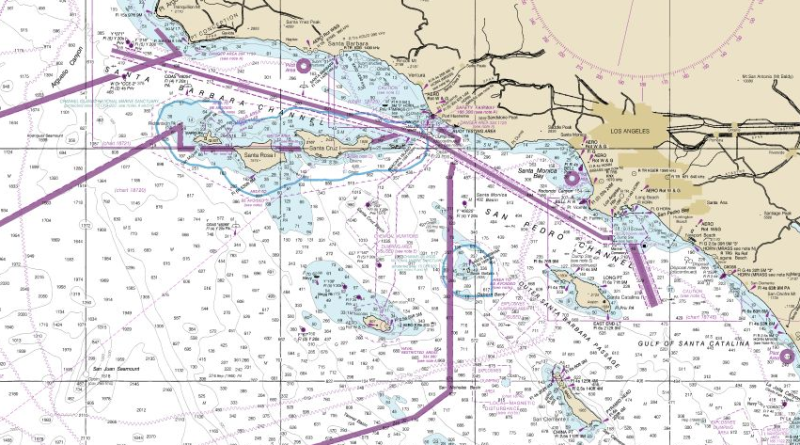 NATIONWIDE — Comprehensive changes have been made to the nation’s nautical charts offered by the National Oceanic and Atmospheric Administration, or NOAA. The changes were announced as part of NOAA’s National Charting Plan, which was published Feb. 28.

Updates were made by the federal agency in an effort to keep up with current technology and a changing marketplace. Many boaters and mariners use electronic navigational charts as opposed to paper charts, according to NOAA.

“The evolving state of marine navigation and nautical chart production has provided NOAA with opportunities to improve the content and utility of its charts,” the federal agency’s staff stated in the National Charting Plan. “Some changes have already begun, such as improving the portrayal of wrecks on electronic navigational charts. Other changes, such as the possible conversion of charted depths from feet and fathoms to meters, are being evaluated.”

NOAA’s National Charting Plan does not include changes to individual charts.

Maintaining up-to-date charts is necessary due to the combination of improved technology and increased navigational traffic, according to NOAA.

“There are [more than] 15 million recreational boats in the U.S. and recreational boaters have joined professional mariners in using electronic chart displays to ply the nation’s waters,” according to NOAA. “Users of all types are expecting improved ease of access to more precise, higher resolution charts that deliver the most up to date information possible.”

Recreational boaters are asked to provide feedback on the National Charting Plan. Discrepancies can be reported on the NOAA website.

NOAA, through its U.S. Coast Survey office, provides navigational tools to boaters and mariners who navigate on the nation’s coastal, lake and ocean waters. The Coast Survey office was established in 1807 “to provide nautical charts to help the young nation with safe shipping, national defense, and maritime boundaries.”

Length, in miles, of U.S. coastline

Number of annual updates made to nautical charts

Number of buoys, beacons or other navigational aids