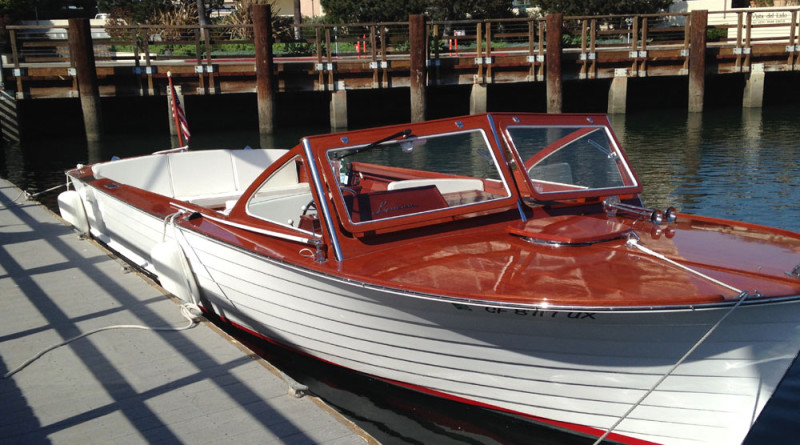 The Back Story: Sometimes the best experiences in life are the ones you do not see coming. Gary Clark absolutely loves his 26-foot Lyman Sleeper, Bella. Clark, however, bought the wooden boat sight unseen. 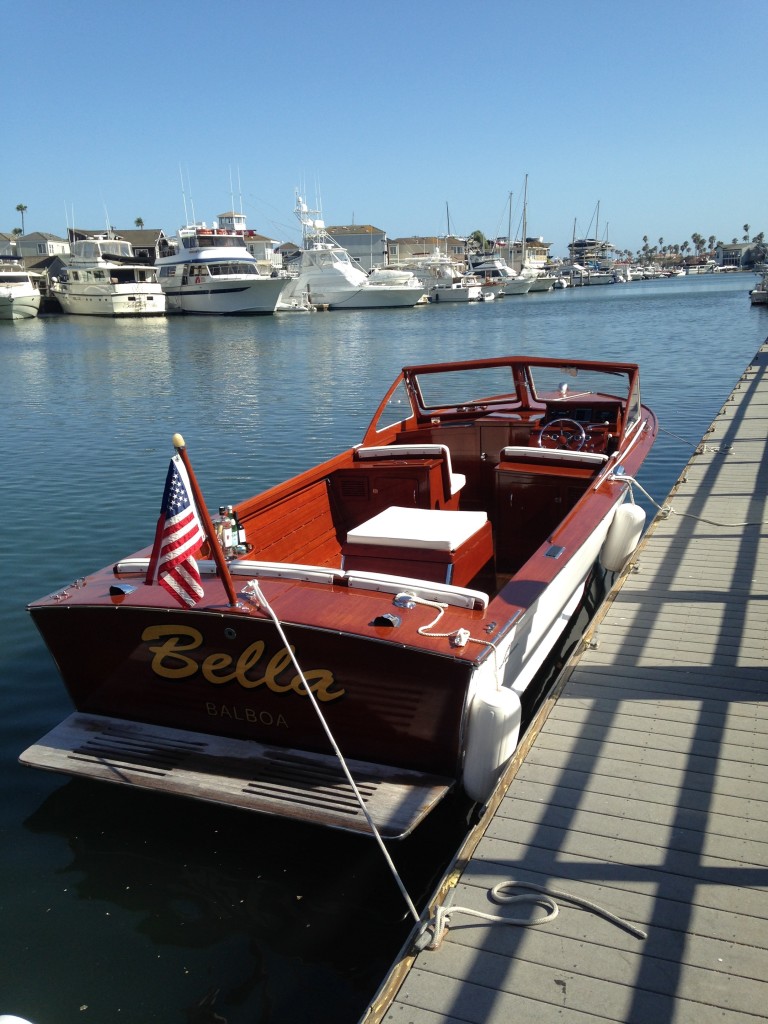 “I bought the boat sight unseen off of an Internet site in 2010. It had spent its life on Lake Michigan and was taken out of the water every year and put in dry storage,” Clark said. “The Lyman factory was in Sandusky, Ohio so they were popular in the Great Lakes region.”

Bella headed west but did not hold up well when Clark finally met the Lyman Sleeper.

“I had it transported out to California. We put it in the water and it immediately began to sink,” Clark said. “Pulled it out, hauled it to a yard and started a complete refurbishment that lasted about 18 months. I hired Doug McElroy to do the work, as he was an expert in wooden boat restoration. We took the boat completely apart including more than1000 pieces to be re-chromed.”

A Hard Day’s Work: Making Bella navigable again was just the beginning. Clark spent time upgrading and improving just about every aspect of the 26-footer.

“The boat was completely stripped of paint and varnish, damaged wood replaced, resealed, painted, varnished (about 15 coats). The engine had been upgraded to a Mercruiser V-8 and we had that completely rebuilt and painted,” Clark said. “Keeping a wooden boat in salt water clean is somewhat difficult but is the key to maintenance. So she is wiped down and well covered each time we take her out. Every year a couple new coats of varnish on the wood portions are applied. We just had her repainted sides and bottom (four years or so). Some parts are being re-chromed and polished to keep her pristine.”

What’s Inside: “Lymans are made in a Lap stake style so the exteriors are generally painted and the interiors, bow, gunnels and transom are generally mahogany,” Clark said.

He added the inside decks were upgraded to maple. The boat’s interior, including the sleeper cabin, was completely overhauled. Other features include an upgraded sound system, added GPS, built-in cooler under passenger seat, new toilet and macerator, completely rebuilt engine and drive, and new custom cover.

Turning Heads: “Driving Bella through the harbor is a fun experience as she draws a lot of attention from other boats and owners,” Clark said. “Almost every boat we pass makes a comment or a thumbs up, beeps a horn or just points. Generally accompanied by smiles. Good times.”

Home Base: Bella is docked in Newport Harbor, directly across from Woody’s Wharf.