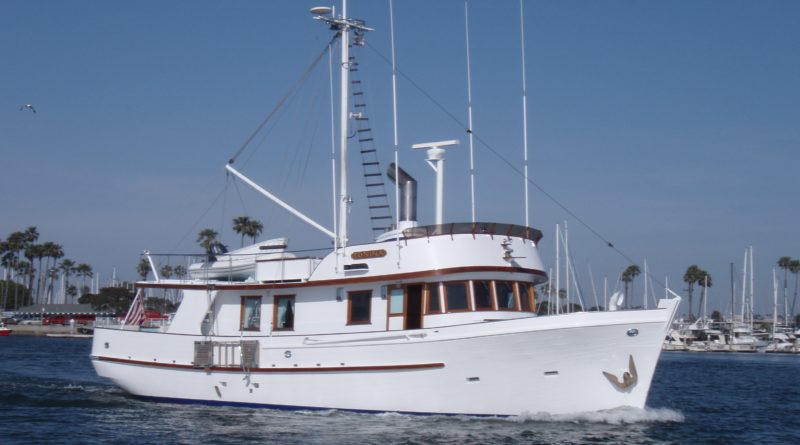 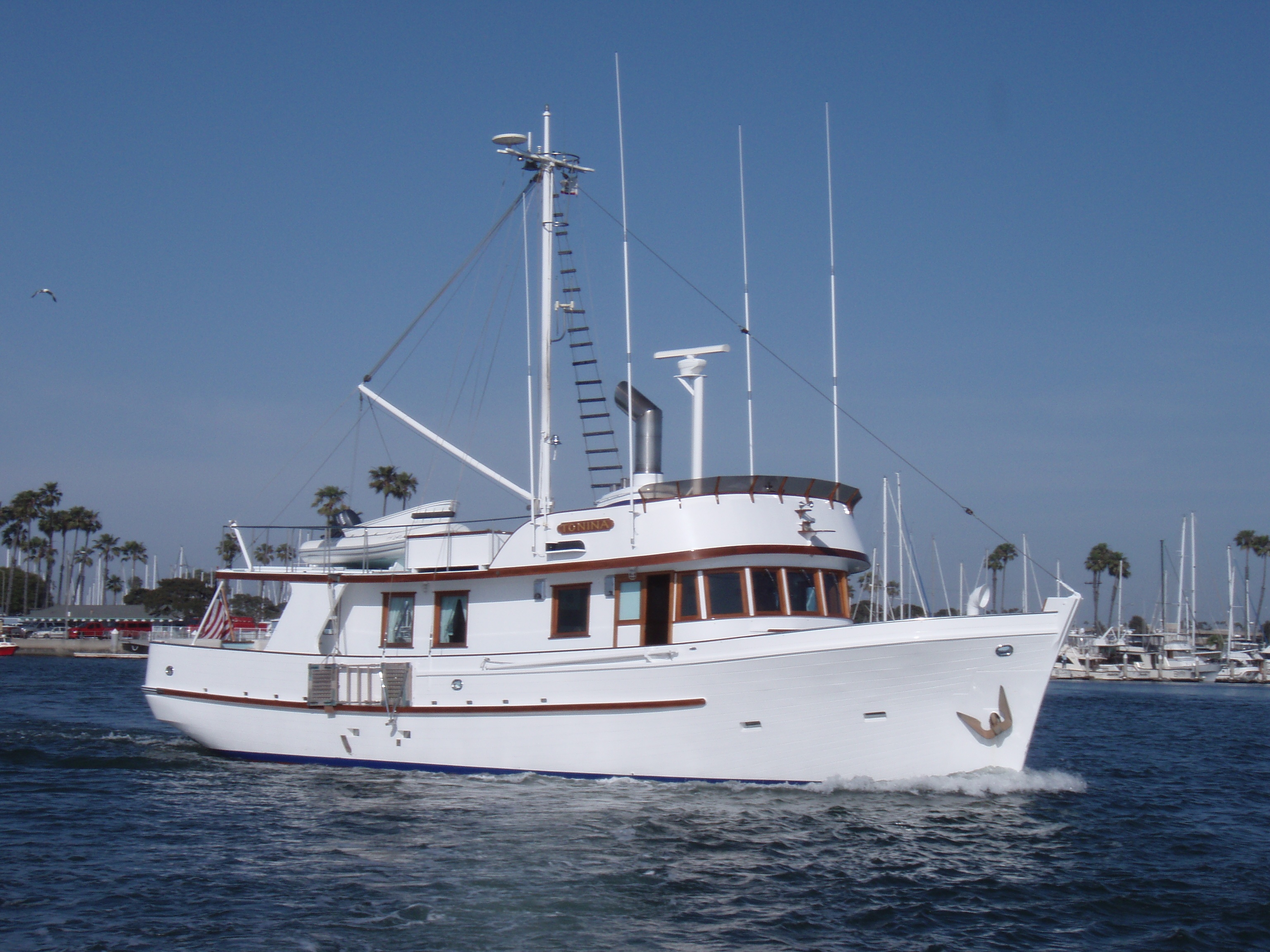 Year Built: 1964. Tonina, one of the first long range trawler yachts, was built in Santa Barbara, Calif., by the Lindwall Boat Works, and designed by Art DeFever. She is an all weather boat, built for the founder of the RAND Corp., Frank Collbohm,” said Rick Fricke, the boat’s owner.

“The boat is built out of pretty heavy scantlings and it’s entirely fastened with Monel, which is a very expensive, exotic alloy,” Fricke said. “It’s better than gold. If you price them, they’re so costly. It doesn’t rust, doesn’t corrode. Every bolt, nail, nut and washer – everything is Monel.”

When DeFever went on his own and started to build these yachts he designed these small yachts on full displacement hauls – real deep draft boats, Fricke said. “Lindwall built about 10 of them, each different sizes and kinds; mine was the biggest one that they did,” he added.

“We have owned the boat for 26 years and have cruised her up and down the coast and Mexico,” he said. Notable Moments in Boat’s History: “She was on a television show called “the Deadliest Warrior” and in a movie called “Pleasure Cove” with David Hasselhoff,” Fricke said. Tonina has also been chartered for photo shoots for various women’s colognes.

“Producers look for a certain type of boat, and once they have you on file you stay on there for years,” he explained.

Tonina’s entertainment career began when she was discovered by a film location scout. “They find it then they leave you a note; I get notes left on occasion for people wanting to buy the boat as well,” Fricke said. “I’ve gotten a couple letters too, stating ‘I would love to buy your boat if you’re interested in selling.’ There’s only one Tonina and only a few like it, they’re a rare commodity and a lot of people are looking for a no nonsense cruiser and that’s what these were built for.”

Famous Skippers Who Have Been Aboard: Tonina has been boarded by Donald Douglas, founder of Douglas Aircraft, Ted Conant, Douglas’ right hand man, Art DeFever and Paul “Sugar” Lindwall.

“They buried Douglas off the back of the boat when he died,” Fricke said.

“I’ve known this boat when I was about eight years old. It’s attracted quite a crowd over the years,” he said.  “Sometimes I go somewhere and people I’ve just met tell me about how they’d cruised to Mexico on it in the past.” Recent Notes: “We’ve cruised her up and down the coast here but 99 percent of the time we’re over in Catalina,” Fricke said.

“We’re always doing something to the boat, always updating or renewing, it’s just constantly being maintained,” he said. “If wood doesn’t look right somewhere I take it off and replace it. We kept it always looking top notch, so she gets whatever she needs.”
Fricke remodeled the galley last year, changing the countertops from maple wood to granite with teak sea rails. He also added cabinetry and a new Italian range.