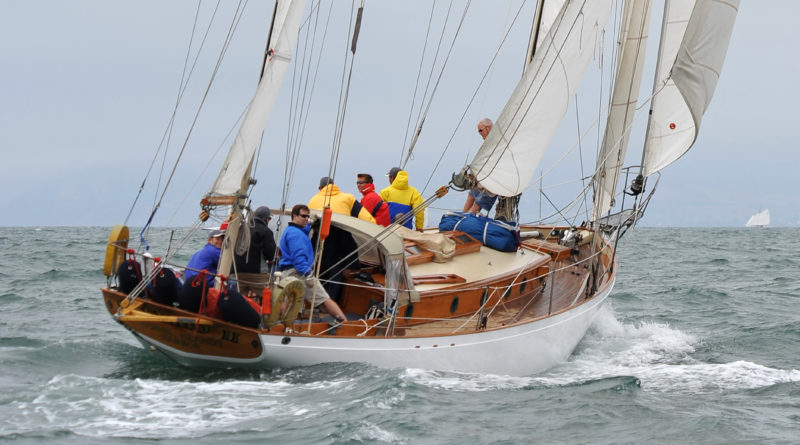 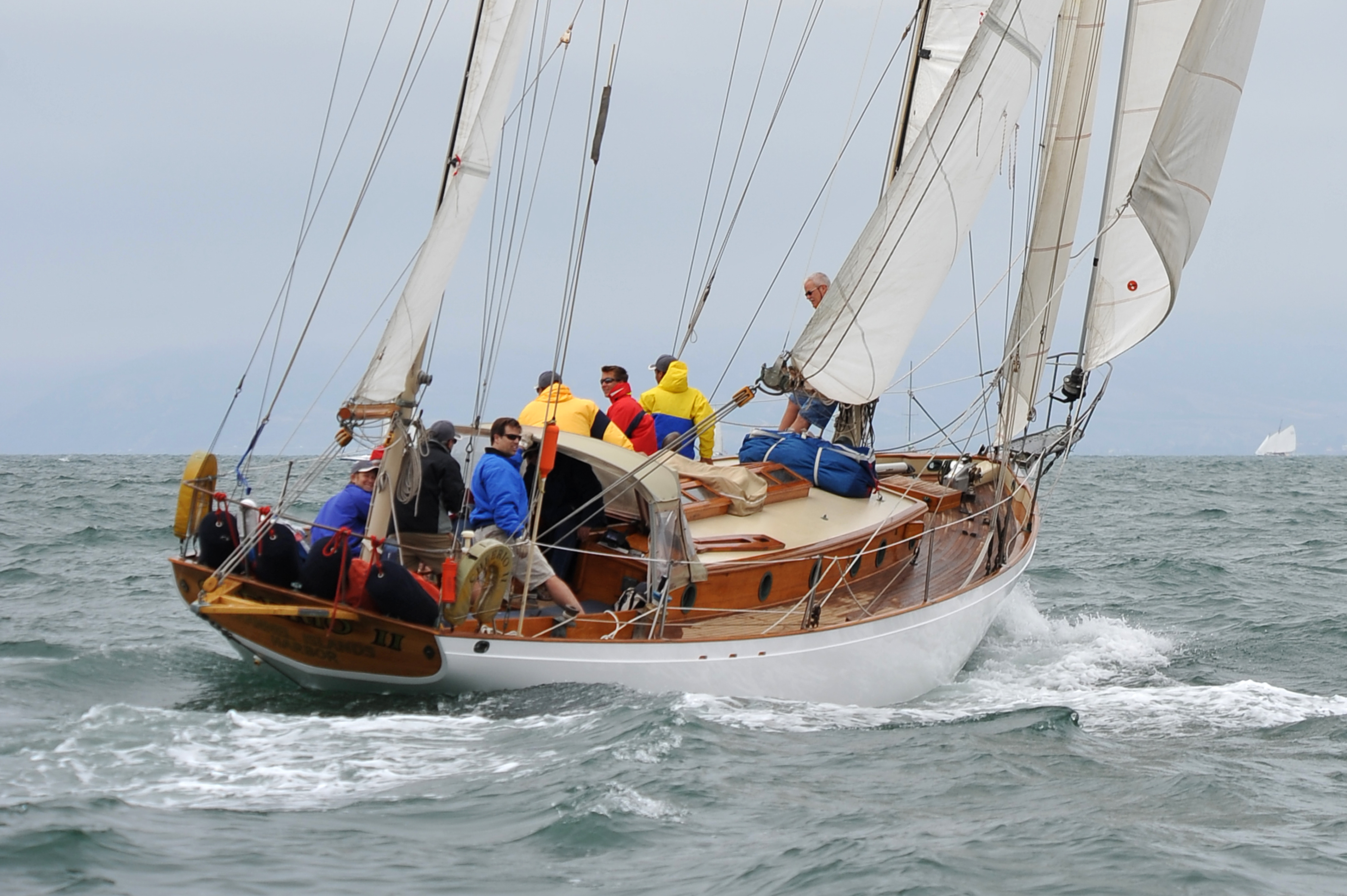 Cheerio II was an in-house project, built by Fellows and Stewart in San Pedro and designed by their sales manager, William Schuck. “It was built with standard flank and frame construction as all boats were built in the 1930s,” said Dick McNish, the vessel’s owner. “It was built for a doctor in Los Angeles.” Notable Moments in Boat’s History: McNish took possession of Cheerio II in October of 1980, after buying the vessel from a family in Ventura. “I think we’re the sixth or seventh owner of Cheerio II,” he said.

McNish rebuilt the boat in the early 1980s. “All the planking was new, vertical grain Douglas fir, new deck beams and new teak decks,” he said. “At that time it was basically a new boat.”

“We’ve done a number of races, including about 10 Ensenada races,” McNish said. He and a crew of up to seven others compete annually in the Yesteryear Regatta in San Diego, and the One More Time Regatta in Marina del Rey. And then the McNish Classic, a race that he started in Channel Islands in 1977.

During the 2011 McNish Classic, Cheerio II’s mast broke. “A fitting fell. It was just fatigued and it let go,” McNish explained. “We started the race but needless to say we didn’t finish it.”

McNish hired Doug Schumpert to build a new mast. “We had it made the traditional way, and it took us a little while to do it,” he said. “We took vertical grain material and glued it up, laminated it until it was a square and then took it from being four sided to 8 sided, then 16 sided, then 32 sided.”

Cheerio II also does a couple of local races, like Frenchy’s Rum Run. “We race over to a cove on an island called Frenchy’s” McNish said. “If you win, you get a bottle of rum.” In 2012, Cheerio II won the race. It was the first race she was in after the crew built the new mast. Famous Skippers Who Have Been Aboard: “Along the line its only claim to fame is that it was owned by Errol Flynn, the swashbuckling movie actor, in the late 1930s, early 1940s,” McNish said. Flynn renamed the boat Morocco, but it was returned to Cheerio II by the next owner. Recent Notes: Cheerio II has had a change up in crew. “We used to race with an older crew and I think when it was 79 we took the average age of the crew which was 77 – we kind of joked about that, an old boat and an old crew,” McNish said. “Since then we’ve had a younger crew and we’ve done much better.”

The crew changed in 2012, when they changed the mast. McNish, Kevin Dickman, and another friend, Walter, are around 86. But the balance of the ages is mid 40s rather than 70s and 80s, McNish said. “It makes a difference.”

McNish’s granddaughter will be sailing Cheerio II down the coast of Baja California to Cabo San Lucas, La Paz and then the Sea of Cortez in November 2014. The trip is scheduled to run through March 2015. Her father will accompany her on the first leg of the trip, McNish said. “We’ll go down and have Christmas on cheerio wherever she is.”

“It’s a comfortable boat and that’s the thing I like about it,” McNish added. “We can race it or we can go over to the islands and it’s very dependable. We take good care of Cheerio II and she takes good care of us.”

Where Currently Berthed: Channel Islands Harbor, Oxnard, CA Have a favorite yacht in your harbor that should be covered as a SoCal Classic? Email suggestions and/or photos to ambrosia@thelog.com or mail to: The Log, Editorial Dept., 17782 Cowan, Ste. C, Irvine, CA 92614.