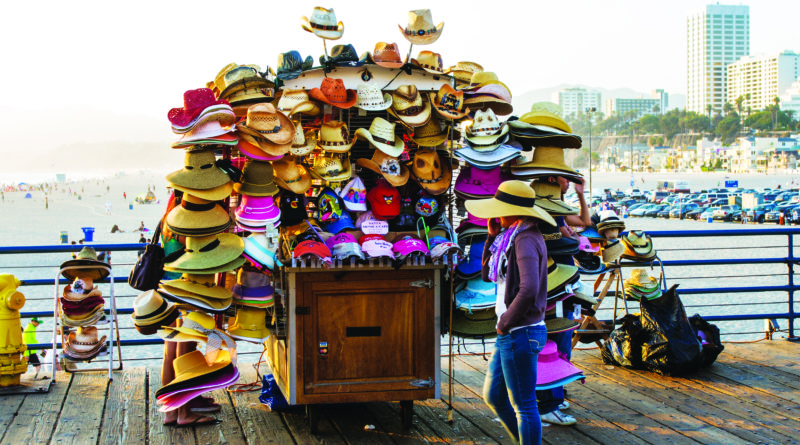 The bill, which decriminalized street vending, put pressure on Avalon to introduce some city-specific guidelines.

AVALON—Avalon city officials were less than thrilled to learn that former Gov. Jerry Brown had passed Senate Bill 946 decriminalizing sidewalk vendors. During the latest city council meeting, in an attempt to regulate some of the chaos that might be caused by the new legislation, council members introduced a few guidelines.

Community Services Director Dan Huncke recounted Avalon officials had made some interim resolutions at the Jan. 15 City Council meeting. The Log covered this subject briefly in the Catalina Connection department.

Between the council meeting and when the latest meeting took place, on Feb. 19, Huncke received five applications from parties interested in vending in Avalon.

In an effort to regulate some components of the bill, council members received a proposed ordinance to make city-implemented rules around street vending.

Eight amendments were proposed in addition to the language of the bill:

Locals appeared to be divided between opinions about introducing sidewalk vendors. For years, Avalon City Council had dissuaded street vending, even by major business owners in the area.

On one hand, restaurant owners and some others were bothered by several factors, a major one being crowding on Front Street and near the beaches. Avalon is quite busy during the summer season with an influx of visitors from the mainland, cruise ship passengers and many more coming to the island. Some council members and locals were afraid about the visual look of the carts, while others were fearful the carts could potentially interfere with business owners who pay rent to maintain storefronts.

At least two residents during the meeting mentioned this could be a good move for the city as it would allow some of Catalina’s youth a new avenue of work, could potentially be a revenue booster and would solve the problem of not having enough places to eat near Avalon’s fuel docks and other less crowded areas. One commenter said she was tired of paying $6 for an ice cream cone and upwards of $50 for a restaurant meal, when street vendors might offer more affordable options; whether the food options would be more affordable, however, is still up in the air. Vendors are also not limited to selling food and can sell souvenir merchandise as well.

Overall, will street vendors on Avalon be a pleasant surprise or cause more chaos than it’s worth? There are arguments on both sides that suggest it could be positive or detrimental for the city. Share your opinions with The Log online through social media outlets or through a letter to the editor at editor@thelog.com.