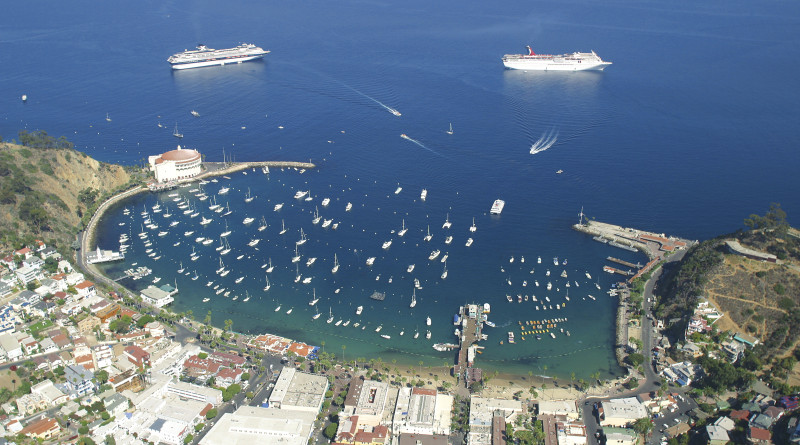 The city is looking to add a fresh water amendment to the 2013 Avalon General Plan.

AVALON ― A freshwater master plan for Catalina Island’s only municipality could help Avalon provide locals and visitors with a year-round freshwater supply and minimize the effects of California’s cyclical drought conditions.

The plan was forwarded to the Planning Commission for consideration at the direction of the Avalon City Council; council members briefly reviewed the master plan at their Dec. 20, 2016 meeting.

Southern California Edison (SCE) has provided freshwater to Catalina Island since 1962. The utility company manages a desalination plant at Avalon.

Avalon is in Stage 3 of its Mandatory Water Conservation program, The Log previously reported. Catalina officials launched a water rationing effort in August 2014; the rationing elevated to the Stage 3 level in September 2016.

City staff hopes the proposed freshwater master plan would be included in the Avalon General Plan, which was established in 2013.

Adding a freshwater amendment would be in line with the Avalon General Plan, according to city staff. Under the 2013 Avalon General Plan, the stated goals for water resources are to “achieve effective long-term management of water resources so that demand is in balance with efficient, sustainable supplies [as well as] provide a safe and adequate water supply that effectively meets the demand for the existing and future population.”

The freshwater master plan’s intent is to put regulations in place by which the city can encourage SCE to follow.

“City residents, business owners and the over one million tourists who visit Avalon need assurance that there will be a sustainable water supply on a year-round basis,” city staff stated. “We believe that by working … to develop a water master plan, the city and its freshwater utility can provide that assurance, provide transparency to the public and help us to secure Federal and State funds to make needed improvements.”

At the Dec. 20 meeting, city staff discussed having a freshwater master plan to not only include 5-, 10- and 20-year goals, but to also be reevaluated and updated every five years to make sure needs of the city are met.

“It would be of great benefit to residents and business owners to have such a plan to reassure the community that we will have a long term, stable, reliable and sustainable water source on a year round basis for Avalon,” city staff said.

Residents, business owners and the mayor expressed the need to have a plan within the next six months at the more recent City Council meeting held on Jan. 17. As Stage 3 water rationing continues during the slow season, anxiety is rising about what will happen during the summer months.

“The city remains in Stage 3 drought as determined by Southern California Edison. The large amount of rain is welcome but to the best of our knowledge it will not change the current rating,” Avalon City Manager David Jinkens stated in an email to The Log on Jan. 24. “The city believes that it has sufficient water with two desalinization plants to not be in a Stage 3 drought at all. We are continuing our efforts to motivate Southern California Edison to correct the drought designation for Avalon.”

“The Middle Ranch Reservoir level is at 133 acre feet as of Jan. 12. That is a 12 acre foot increase since Nov. 17,” Lawrence stated. “Because of the recent rain storms, the type of rain that we are getting, and the frequency of those storms, we are now at the point where the ground is saturated and we can start reaping the benefits of this water. We expect this trend to continue with the level of the reservoir increasing.”

The city of Avalon continues to search for effective ways to address the island’s water shortage, and the freshwater master plan is the city’s way of keeping SCE accountable.

“Our hope is that SCE will agree to work with us in this regard,” Jinkens stated. “No water master plan exists nor has SCE agreed to do one yet, but we remain hopeful.”

One thought on “Avalon continues to shape its water management policy”