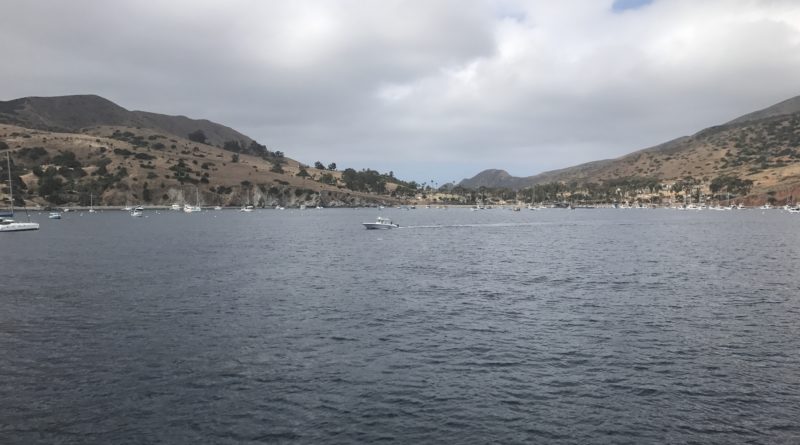 A marking designating shallow waters at Isthmus Reef was damaged during the recent rains. Boats, accordingly, have grounded at the reef. The Coast Guard has placed temporary markers at the reef, but boaters are advised to take as many precautions as necessary. (Parimal M. Rohit photo)

TWO HARBORS—A problem once thought to be fully eradicated has returned to Two Harbors – and, no, we’re not talking about the measles. It turns out boat groundings at Isthmus Reef – which used to happen regularly until a pole marker was installed in the 1990s – are back on the radar.

Dave Coiner, assistant to the harbormaster at Two Harbors, submitted a letter to The Log on April 28, stating three groundings at Isthmus Reef had occurred – two during Easter weekend and a third occurrence during the final weekend of April. The pole marker used to inform boaters of shallow depths at Isthmus Reef was lost during the most recent winter season. Replacing the pole marker was a white buoy (which flashed a light at night).

“The marker that served the public so well finally succumbed to Mother Nature’s force and toppled into to the depths and has since been replaced by a tiny little white (flashing at night) buoy just east of the highest point. As our season begins we have had no less than three unfortunate vessels strike the reef,” Coiner wrote in his letter to The Log. “So far (knock on wood) no injuries just costly and embarrassing damage to both the marine habitat and their vessels.”

The Log reached out to the Santa Catalina Island Co. and confirmed the groundings.

“The Coast Guard [was] out here last week putting in some more mooring buoys because the Reef marker is no longer there,” Two Harbors Director Of Operations Theresa H. McDowell told The Log.

Coiner, in a follow-up message sent to The Log, stated the U.S. Coast Guard added three temporary buoys at Isthmus Reef, to complement the one already in place.

“The USCG came out to the Isthmus Reef and installed an additional three buoys, making a total of four marking the reef as a danger area,” Coiner said. “Their efforts, though temporary, are greatly appreciated and will enhance visibility of the foul area. Hopefully, a permanent marker s in the future.”

Coiner has been with the Two Harbors Harbor Department since 1982. He said the markings identifying Isthmus Cove caused confusion among some boaters.

“The Isthmus Reef, located between Bird Rock and Isthmus Cove, was marked by a green nun buoy to the west and a red nun buoy to the east. At the time, although marked correctly, this caused many a boater some momentary confusion, not equating the age-old adage ‘Red Right Return.’ A confused skipper would just elect to travel between the two buoys not realizing that was the precise area that the navigational aids were directing them away from,” Coiner said in his letter.

The assistant to the harbormaster added the confusion resulted in the creation of a “Reef Scoreboard,” which, according to Coiner, would “inform the visiting boaters of the submerged dangers lurking just outside of the harbor.”

“Groundings and the reef were such a common occurrence that we kept count of the ‘hits, near misses and crossings’ almost daily updating the board on the side of our office located on the end of the pier, often with pictures,” Coiner said. “Our department responded at all hours of the day and night to those who made the error of not consulting their charts or an incorrect reading of the navigational aids on their part. Gasoline powered dewatering pumps became standard issue for our patrol boats and our Mooring Service Divers became expert at salvage operations.”

The installation of a stationary pole marker and warning sign in the mid-1990s helped reduced the number of groundlings at Isthmus Reef to zero, according to Coiner. These new groundings, however, had Coiner urging boaters to use as much caution as possible when navigating around or in the Two Harbors area.

“I would also like to encourage … the boating public to contact the L.A./L.B. offices of our USCG to express your concern, show your support for all that they do and encourage their efforts to replace the current temporary aid with another stationary marker like the one before it that served its purpose so well,” Coiner said in his letter to The Log.

Isthmus Reef is a popular dive area just beyond the shores of Two Harbors; it is also home to shallow waters.

A website on California diving news – cadivingnews.com – noted Isthmus Reef as an ideal location to train novice divers, because of its shallow depths.

“Isthmus Reef is favored by instructors and novice divers, not only because of its location in a sheltered area not far from shore but also because so much of it is shallow – so shallow that rocks break the water at low tide,” a cadivingnews.com article on Isthmus Reef stated. “The reef forms a rough oblong less than 500 yards long by about 275 yards wide. The water in this area is less than 60 feet deep. There’s a mini wall along the southern edge, a gentle, rocky slope off the northern.”