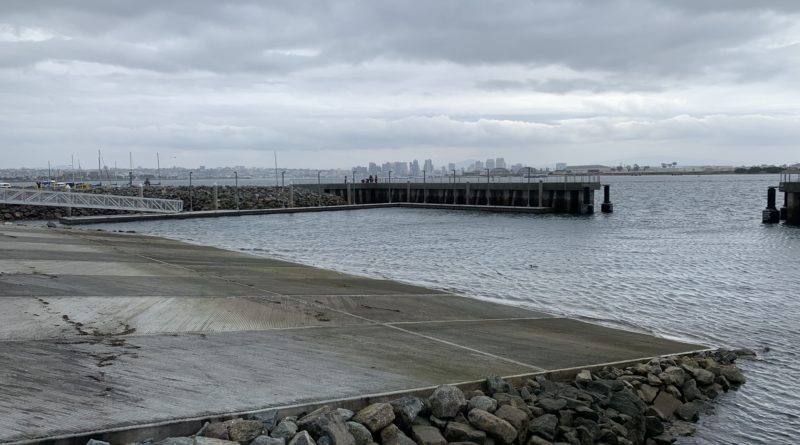 October meeting will also provide updates on assistance for pumpout, boat launching and other programs.

It’s been 10 months since portions of the boat launch ramp was re-opened to San Diego’s boating public. Port district officials officially dedicated the revamped venue on Jan. 22, more than one-and-a-half years after it was shut down for renovations.

Shelter Island’s 10-lane boat launch ramp, which is the busiest in the state of California, was specifically shut down between May 2017 and December 2018. Port district officials anticipated work on the boat launch ramp would be completed before the start of the 2018 boating season, but consistent delays caused the venue’s opening to be held back by almost nine months.

Local boaters weren’t too happy with the delays. The Log’s readers certainly shared their perspectives about the extra time it took to finish the boat launch ramp, which reportedly attracts 50,000-some users annually.

Preliminary work on the boat launch ramp renovation actually began as early as 2015, when the Port of San Diego received funding from the Division of Boating and Waterways.

San Diego’s largest boat launch ramp was originally built in the 1950s, with renovations made in 1976 and 2005.

There are a few other boat launch ramps in San Diego, but Shelter Island Boat Launch Ramp is the closest to the Pacific Ocean and also the largest such venue in the region. The other boat launch ramps are found at Chula Vista Harbor, National City’s Pepper Park (Pier 32 Marina), Oceanside Harbor and Mission Bay (five locations).

The Boating and Waterways Commission two days of meetings coincide with the Marine Recreation Association conference, which is being held at Hilton La Jolla, Oct. 23.

Day two of the commission meeting will take place Oct. 24 at 9 a.m.; the meeting will be at Humphreys Half Moon Inn, 2303 Shelter Island Drive in San Diego.

Visit dbw.parks.ca.gov for more information about the commission meeting and boat launch ramp tour. A live webcast of the commission’s Oct. 24 meeting will be available online at www.cal-span.org.