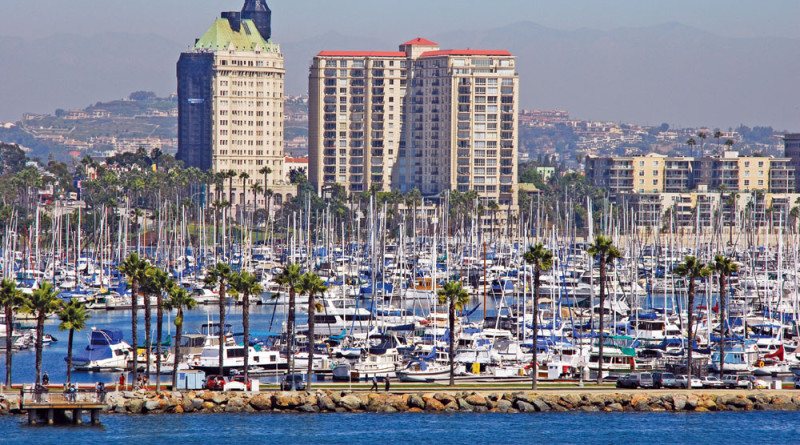 LONG BEACH — Recreational boaters could lose another boater resource as Cabrillo Boat Shop in Long Beach Harbor recently lost its lease, according to the yard’s owner. The potential closure of Cabrillo Boat Shop follows the loss of fuel docks at Huntington Harbour and San Pedro.

Cabrillo Boat Shop Owner Donald Holland issued a statement on Nov. 30 stating Tesoro Oil Co. will not renew a lease for water rights and access adjacent to where the yard is located. Holland said he would be out of business if he is unable to access the water.

The lease is expected to end February 2016.

“Tesoro had decided not to renew the lease with my landlord,” Holland said in a phone conversation with The Log, adding he was hopeful Cabrillo Boat Shop will remain open somewhere else. “I moved once before.”

Losing the waterside lease means Holland would not be able to lift boats from the water.

“On one side we have a tank farm operated by Tesoro Oil Company and on the other side we have the Matson container terminal. I lease the land space from Wall Enterprises, owners of Al Larson Shipyard. Wall Enterprises leases the water rights from Tesoro,” Holland said. “George Wall informed me that Tesoro has chosen not to renew the lease for the water space. Without access to the water I am out of business.”

Cabrillo Boat Shop has been at its current location at 1500 Pier C Street in Long Beach since 1998. The shop was previously a Port of Los Angeles tenant for 20 years before losing its lease at San Pedro’s Berth 41.

“I was very lucky to find a location in 1998,” Holland said, adding he is unsure what Tesoro Oil Co. plans to do with the property and waterside rights once the current lease expires. “The property is one of very few privately owned parcels of land in the L.A./Long Beach harbor.”

Holland worries how the recreational boaters would be impacted if Cabrillo Boat Shop has to close its doors or unable to relocate close to its current location. Yet he said he will try to stay at the shop’s current location as long as possible.

“If we cannot find a new location to move to it will affect the thousands of recreational boat owners in the area and leave only one yard with a 6-ton lifting capability. Cabrillo Boat Shop has the capability of lifting 30 tons,” Holland said. “Some boat owners will need to travel 3 hours by boat to the next closest boat yard and then 3 hours back. This will cause frustration [and] possibly increase danger to boat owners who are not familiar with other harbors.”

About 400 boaters patronize the haulout venue annually to have their respective vessels lifted for bottom paints and other boatyard services.