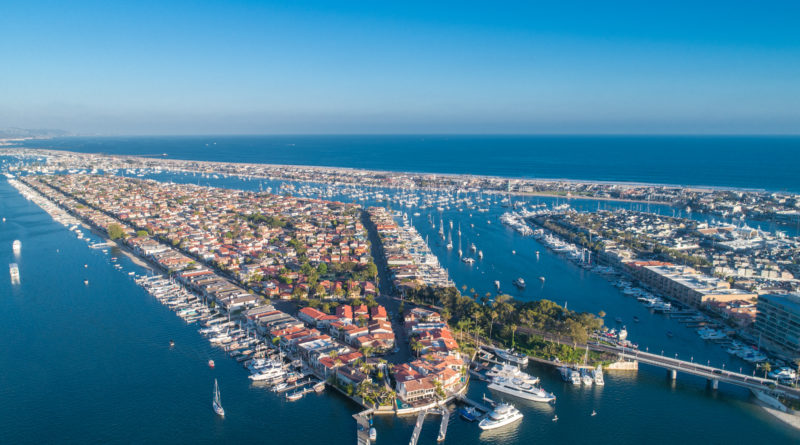 NEWPORT BEACH — Spelling “Newport Beach” without the word “port” leaves you with, well, “New Beach.” The city of Newport Beach probably isn’t changing its name to New Beach anytime soon. Yet Newport Beach’s city leaders and lobbyists were unsuccessful in their attempts to convince the California Coastal Commission to re-classify the Central Orange County harbor as a port.

Newport Beach and the Coastal Commission squared off against each other at the quasi-judicial agency’s April meetings in Redondo Beach, with city representatives and commissioners debating the merits of “port” versus “harbor.”

The debate specifically centered around Assembly Bill 1196 (AB 1196), which was proposed by Assembly member Matthew Harper, R-Newport Beach, earlier this year. AB 1196 specifically sought to amend The Coastal Act of 1976 to create the Port of Newport Beach.

Establishment of the “Port of Newport Beach” would have taken Newport Beach Harbor out of the Coastal Commission’s original permit jurisdiction.

Commissioners did not support the proposal and voted on April 12 to oppose AB 1196. Newport Beach’s City Council retreated less than two weeks later, deciding to revisit the issue and figure out a new strategy.

Chapter 8 of The Coastal Act specifically deals with California’s ports. Humboldt Bay Harbor is also treated the same as the ports of Los Angeles, San Diego, Long Beach and Port Hueneme under The Coastal Act.

“The whole premise behind Chapter 8 is that ports have an important and a unique role and function in the state and the nation’s economy. Their activities are intensely industrial and commercial and transportation related,” Christie told commissioners on April 12. “Most of what ports do would be very difficult to approve under The Coastal Act, if not impossible, just because [of the] intensity of those activities.”

Port Master Plans, according to Christie, are used to help ports efficiently modernize, maintain and manage their activities without having to create new ports.

Ports are distinctly different from municipal harbors, which are dedicated to recreational and lighter commercial activities, Christie added.

San Francisco Bay Areas ports – specifically those in Benicia, Encinal, Oakland, Redwood City, Richmond and San Francisco – are, for all intents and purposes, treated the same as the four ports officially recognized under The Coastal Act.

AB 1996 is sponsored by the city of Newport Beach. The city, through AB 1196, hoped to exert greater independent control over its harbor, particularly in management of harbor development projects surrounding docks, dredging and piers.

“Ceding the Commission’s [Coastal Development Permit, or CDP] authority to the city would allow [Newport Beach] to authorize and undertake its own development activities seaward of the mean high tide line, as well as permit the activity of private applicants in state waters,” Coastal Commission staff said of AB 1196. “It would also allow the city to collect permit fees for a new class of activities.”

Newport Beach, which achieved its own LCP status in 2017, effectively hoped to independently operate its own harbor like a port. The city’s push for independence management of its harbor waters was materialized in AB 1196.

“Newport Harbor is unique, even among recreational harbors. It is about 100 years old. We have infrastructure that is about 60 years old and older, and a lot of it is reaching the end of its useful life,” Peotter told commissioners. “We’ve got a huge backlog building up of those kinds of repairs and replacement projects. A Port Master Plan would make the process for being able to deal with these issues a lot more efficient. It would eliminate a lot of sequential permitting or extending permitting.”

Christie handily challenged Newport Beach’s efforts, stating the city’s harbor is, by definition, not a port.

“The problem is, quite simply and sort of obviously, the city of Newport Beach’s municipal harbor is not a port,” Christie said. “For a municipal harbor to be managed under a port master plan, it’s the wrong suit of clothes for it. Port Master Plans are specifically required to give the highest priority use for port purposes, including but not limited to navigational facilities, shipping industries and those kinds of activities.

“We’re concerned about the precedent this would set,” Christie continued. “It’s a pretty dramatic ceding of the commission’s authority.”

Municipal governments should not be given independent authority over state waters, Christie stated.

Switching from Newport Beach Harbor to the Port of Newport Beach would, according to Coastal Commission staff, “set a precedent for other coastal municipalities to seek similar authority, thereby diminishing the State’s oversight of activities directly affecting the State’s public trust resources.”

The major issue, Christie added, is a lack of clarity as to why Newport Beach wanted a Port Master Plan.

“We don’t have a lot of clarity on … what they’re trying to achieve with this bill,” Christie said.

“Newport [Beach] just simply is not a harbor within the meaning of The Coastal Act. There are other mechanisms to improve efficiency here,” Ainsworth said, adding Newport Beach could achieve its goals through a Public Works Plan or a Master CDP.

Newport Beach City Manager David Kiff stated the Central Orange County municipality had hoped its pursuit of AB 1196 would give it the independence it sought over its harbor. The city, however, could go down one of three paths, in light of the Coastal Commission’s vote, Kiff told council members at their April 24 meeting:

Council members ultimately voted to revisit its ambitions for a Port Master Plan and pursue the issue at a later time. Delaying the process would allow the city to gather more input from the community and perhaps figure out the best path to realize its goals, Councilmember Diane Dixon said.

One thought on “California Coastal Commission: Newport Beach Is Not A Port”