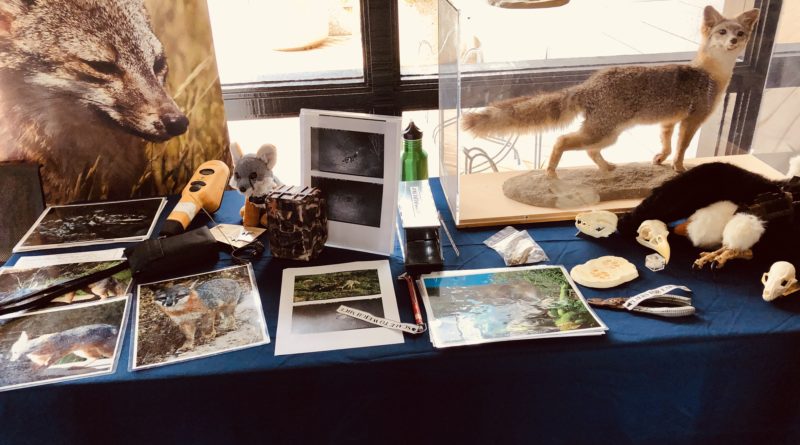 Archipelago often referred to as “North American Galapagos” was celebrated on March 7.

Congress established the nation’s 40th national park on March 5, 1980, to be comprised of five islands: Santa Barbara, Anacapa, Santa Cruz, Santa Rosa, and San Miguel, plus the waters surrounding one nautical mile of each island.

Often referred to as the North American Galapagos, the islands are home to plants and animals—about 150—not found anywhere else in the world, including the diminutive island fox, the rare Santa Cruz Island scrub jay, and the island poppy. Also, the park is essential in the lives of 99 percent of the sea birds of California and more than 100,000 seals and sea lions. The largest animal ever to live on the Earth, the blue whale, is a summer resident in the cold nutrient rich waters of the park.

Channel Islands National Park Superintendent Ethan McKinley delivered two lectures on the state of the park and future management actions; the lectures were held on March 5 and March at the park visitor center.

A California native plant sale started the event at 9 a.m. and ran until 1 p.m., March 7, at the park’s native garden; the plant sale was sponsored by the Channel Islands Park Foundation and supported by volunteers from the Ventura County Master Gardeners.

Throughout the day, segments from the 2016 documentary, West of the West: Tales from California’s Channel Islands – produced by Sam Tyler; written and directed by Peter Seaman and Brent Sumner – were shown providing viewers with an in-depth look into the life of island inhabitants and their history.

Marina dock tours gave the public an up-close look at the National Park Service vessels. Biologists with the park’s kelp forest monitoring team demonstrated the long-term monitoring techniques they use to better understand the health of the marine environment.

Park rangers and biologists, during the March 7 event, spoke about opportunities for children to learn about a variety of careers in the National Park Service. Children’s activities were enjoyed throughout the day, including a button making station and fish prints. A junior ranger station made it possible for children to complete activity booklets and earn junior ranger badges on site.