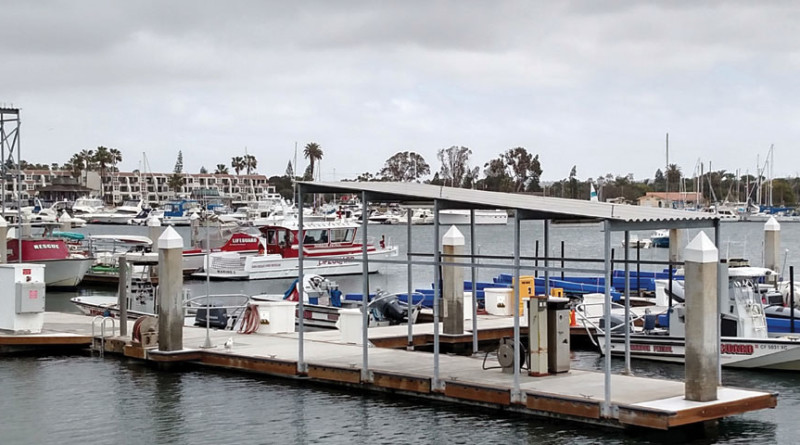 SAN DIEGO — Nearly half the city’s 105 permanent lifeguards are eligible to retire within five years, according to a San Diego City Council Audit Committee report issued in June 2015. Of those 98 percent serve on the Boating Safety Unit (BSU) and are expected to retire within 18 to 36 months, Sgt. Ed Harris, Lifeguards Association spokesman and a BSU member, stated at an Audit Committee hearing in March.

Harris, who served as an interim councilmember in 2013-14 and recently announced his candidacy for mayor, stated that the city has been aware of the issue of pending retirements for more than seven years and has failed to commit adequate resources for training the next generation of lifeguards and boat operators.

“We know that about 25 years ago the lifeguard service was expanded when we took over Mission Bay Harbor Patrol. We became the boat operators for Mission Bay and along the coast. We were all hired about the same time. We went into heavy budget cuts and (the city) stopped putting money into training about 10 years ago,” he explained.

In addition to safeguarding beaches, lifeguards marine responsibilities include patrolling both Mission Bay and the San Diego city coastline to enforce beach and boating laws; responding to capsized, sinking and vessels in distress; water rescues, boat and marina fires and medical emergencies; dive team search and recovery; flood, river and cliff rescues. Each of these requires specialized training.

The lengthy training requirements and approaching retirements of experienced training officers and sergeants complicates replacement of BSU members, Harris said. Most are Lifeguard IIIs or sergeants, who hold the highest certifications and seniority and are the most difficult to replace.

During the meeting Lifeguard Chief Rick Wurts explained training and promotion requirements are being reevaluated. The lifeguards form part of the San Diego Fire-Rescue Department.

Permanent lifeguards, according to BSU Capt. James Gartland, are selected from a pool of about 200 seasonal lifeguards, who serve about five to seven years before being hired fulltime. Fewer than 40 percent of lifeguards are qualified boat operators.

Lifeguards require about six to eight years fulltime experience before qualifying to train as boat operators. Four to seven years training — depending upon academy training availability — on the boats are needed for lifeguard certification as a Level 3 operator, qualified to operate all three types of vessels. These are the bay patrols boats, fireboat and the surfboat. Only 28 of the current 37 BSU members are qualified on all three boats.

According to Gartland, “There are currently no staffing shortages. The BSU is currently fully staffed with qualified personnel.”

Gartland further explained, “there are 37 lifeguards scheduled at the BSU during the winter, 47 assigned during the summer. There are 53 lifeguards (including sergeants) that have boating qualifications and can fill a schedule at the BSU.”

While Gartland states the service currently has adequate staffing for the BSU, the daily reality is often different, Harris explained.

“We’re frequently using people on boats or the oceanfront that aren’t qualified to be in the position they’re in. We’re fully staffed in bodies but not in qualifications,” Harris said.

Successive mayors, Harris explained, have resisted spending money to train or promote lifeguards to maintain staffing levels. Lifeguards did not benefit from increased funding distributed from the recent budget surplus. Delaying training and promotions may save money, but endangers public safety, Harris added.

The average age of BSU members is 48, Harris added, and lifeguards are eligible to retire at 50 with 30 years’ service.

When asked about plans to replace retiring BSU officers, Gartland explained boat unit members would be replaced “through increased staffing and training.”

“We have certified 10 new trainers over the last 18 months,” he added.

The Audit Committee requested a comprehensive workforce plan be prepared by last November, but a draft plan, which recommends increasing personnel and training, was presented only in March, with revisions projected for June 2016.