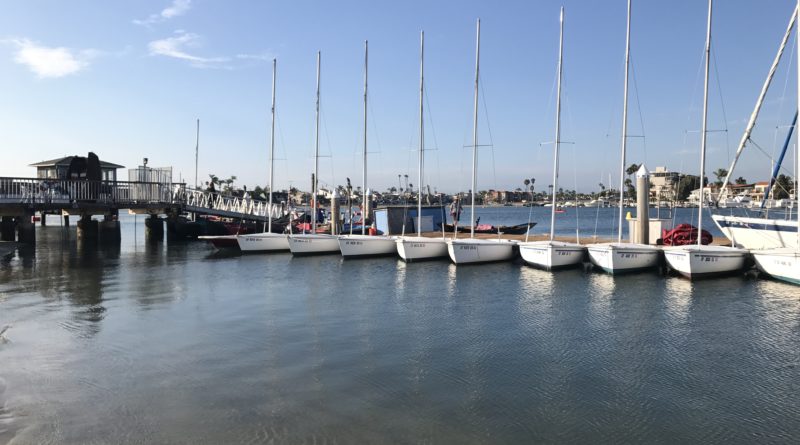 LONG BEACH — An aging pier in the southwest corner of Alamitos Bay is one step closer to being renovated after John S. Meek Co. was unanimously awarded a $2.5 million contract to rebuild the recreational amenity. Long Beach’s City Council approved the contract without discussion at its Aug. 22 meeting at McBride High School.

Leeway Sailing Pier, which is located on the Alamitos Bay Peninsula and opposite Naples Island, was found to be in advanced deterioration by a recent engineering assessment. The deterioration, according to city staff, was caused by dry rot and heavy use.

City officials sought to have the pier rebuilt in order to address safety concerns associated with the structure’s advanced deterioration. Bids for the rebuild project were made public in May; two bidders responded.

John S. Meek Co. was determined to be the “lowest responsible bidder,” according to city staff. The firm will receive $2,519,831 from Long Beach to perform a variety of services associated with the Leeway Sailing pier rebuild, including consulting, designing and permit inspecting.

Long Beach expects the Leeway Sailing Pier rebuild to cost $3,854,896, in all, with nearly $1 million from tidelands funding budgeted for the project.

The pier, which is part of Leeway Sailing and Aquatics Center, will initially be demolished and then rebuilt within the same footprint, according to city staff.

Leeway Sailing and Aquatics Center was founded in 1929 and operates as a venue for local youth to learn the basics about sailing. Instructors at the center teach youth about water safety, sportsmanship and the fundamentals of sailing, canoeing or kayaking.

The sailing center has been at its current location – an old firehouse at 5437 East Ocean Boulevard – since 1964.

Plans for the Leeway Sailing Pier were in front of the California Coastal Commission in late 2016.

“The facilities are associated with the adjacent city-owned Leeway Sailing Center building and will provide low-cost coastal recreational activities including sailing, canoeing, kayaking, stand-up paddle boarding, and gondola rides,” Coastal Commission staff stated in a report to commissioners last year. “The Sailing Center is currently closed in a state of disrepair, but will be remodeled by the city in the near future subject to a local coastal development permit which may be appealed to the Coastal Commission.”

A new gondola office would be constructed as part of the sailing pier rebuild, according to Coastal Commission staff.

Rebuilding the sailing pier, Coastal Commissions staff stated in November 2016, would ultimately be beneficial to the areas boaters and recreational visitors.

“The city indicates that the proposed new facilities will better serve boaters and coastal visitors because it will replace deteriorated infrastructure, meet current building and seismic codes, improve access for people with disabilities, and provide space for additional educational support,” Coastal Commission staff said. “While the size of the new pier, dock float, and gondola tour office will be similar to that of the existing facilities, the City indicates that the new facilities have been designed to maximize recreational opportunities based on current equipment and programs.”