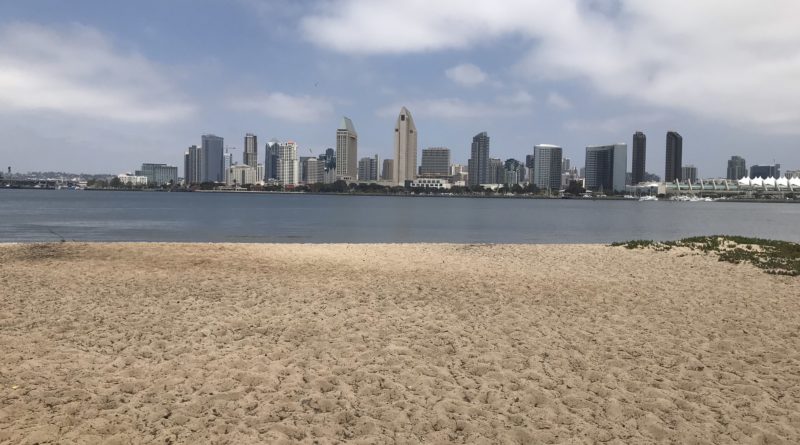 Will proposed five-year program to assist with shoreline improvements be on an agenda again in the near future?

HALF MOON BAYᅳA proposal to implement a five-year sand replenishment program in Coronado was scheduled to be heard at the California Coastal Commission’s November meetings in Half Moon Bay. The proposal, however, was withdrawn from the meeting agenda. No indication yet as to when, if ever, the proposal would be back on a future Coastal Commission agenda.

The five-year sand replenishment program, according to Coastal Commission staff, would have capitalized on “opportunities to obtain surplus sand from upland construction, development or dredging projects as they arise, and to place the sand along the shoreline through a streamlined process, instead of losing the material to an inland disposal site.”

Coronado had sought and obtained the Coastal Commission’s approval for a five-year sand replenishment program in 2010; the program expired in 2015 and was never used to implement any replenishment projects.

“The city of Coronado is proposing an opportunist sand replenishment program to allow for the processing of multiple beach replenishment projects over a five-year period,” Coastal Commission staff stated. “The proposed project would allow the placement of up to a maximum 100,000 cubic yards of opportunistic sand annually, placed on both the North Reach and South Reach of Coronado Beach between Naval Air Station and the Naval Amphibious Base, seaward of Ocean Boulevard.”

Any sand replenishment project – assuming one is ultimately presented to and approved by the Coastal Commission – would be vetted through several stages of review.

The initial review would call for an assessment of pollutants, contaminants, grain size and color. A more stringent review by the U.S. Army Corps of Engineers would be the next review phase.

Other agencies possibly involved with the review process would be the State Lands Commission and Regional Water Quality Control Board.

The public would have to be notified, as well, before any sand replenishment project moves forward.

The city would also be required to conduct pre- and post-construction surveys and other reports.

Grunion monitoring was part of the proposal, with biologists expected to conduct checks for predicted runs at least 30 minutes prior to and two hours after the start of each (expected) daily spawning event.

“At the end of each year, an assessment of the effects (both beneficial and adverse) from all beach fill projects conducted during the year will be presented to the permitting agencies,” Coastal Commission staff stated in a report to commissioners. “This analysis will serve as the bases for any modifications that can be made to optimize the program and serve as a consideration to extend the permit at the end of five years.”

It’s unknown, however, when the clock on the five-year project term would start, if at all, as Coronado’s proposal was withdrawn from the agenda, shortly before it was scheduled to be considered by commissioners on Nov. 14.