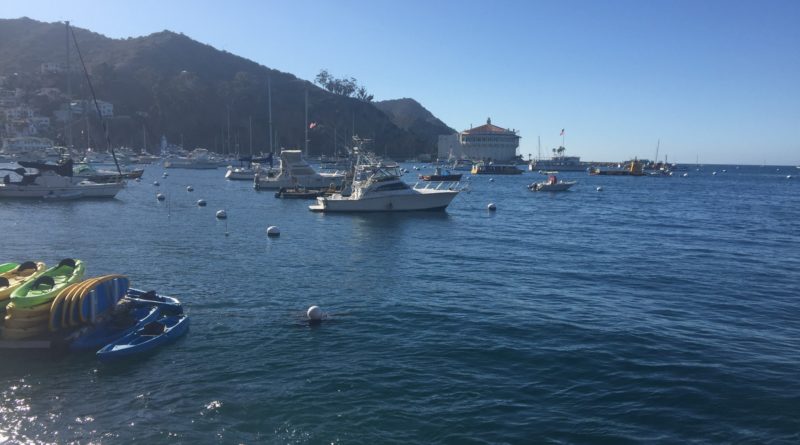 Editor’s Note: This article was updated on March 27, 2019 to reflect an error in the print version of The Log indicating moorings can be reserved online in Avalon harbor, Hamilton Cove or Descanso Bay. Online reservations apply only to Catalina Island’s Isthmus in Two Harbors. For reservations in Avalon, boaters must pull up at the entrance of the harbor to be assigned a mooring; availability is first-come, first-served.

Harbormaster J. J. Poindexter told The Log, “Well, we really can’t do a reservation system because most of the mooring are privately owned and the owners can call in by midnight the night  before they come. Two Harbors can take reservations because they control over 700 or so moorings, so the averages are with them. But our owners come and stay for the summer and that really cuts down on the available moorings, we’re just really too small, unfortunately.”

On July 1, 2018, City Council members approved a recommendation from Avalon Harbor Department to increase fees by three percent and consolidate the shoulder and winter mooring fee rates into one “off-season” rate. City Council members directed staff to revise the mooring rate structure for the 2019 Fiscal Year on Feb. 19.

At one of Avalon’s shortest City Council meetings in recent time – even Mayor Ann Marshall commented the meeting, clocking just shy of one hour, was one of the briefest – council members continued a public hearing on the fee increase, which had previously outraged some people in the boating community. However, there were no public comments during the most recent discussion on harbor fees.

During previous City Council meetings that took place in December 2018 and Feb. 5, Council member MacGugan-Cassidy had mentioned her request to revitalize Avalon’s now-defunct harbor committee had in some parts been inspired by public outcry due to miscommunication around the increased harbor fees.

Though the fee increase was passed in July, some persons who rented moorings in Avalon had felt there was not adequate notice given before the winter rates had increased.  John King of Afishinados Charters confirmed notices of the increase had been sent from the harbor department and was advertised in the local newspaper. King stated, “None of us did the math” when the winter rates went away, but then noticed the rates had “nearly doubled” when they went into effect.

The harbor committee was decidedly scrapped for the time being, but instead City Council members paved the way for members of the boating community, marine business owners and the harbor department to create a task force to discuss goals and receive complaints. At this time it is not known if a date has been set for the harbor task force to meet, but it was discussed during the Feb. 5 City Council meeting to tentatively schedule the task force meeting before Avalon’s busy peak season in summer.

Moorings in Avalon’s main harbor, Hamilton Cove and Descanso Bay can be reserved on a first-come, first-served basis. According to a PDF provided by the city, boats measuring 30 feet and smaller can anchor for $38 a night. Fees climb a tiered scale topping out at $154 per night for a boat measuring 100 feet and larger.

For more information, contact the Avalon Harbor Department by phone at 310-510-0535 or emailing the staff at harborpatrol@cityofavalon.com.