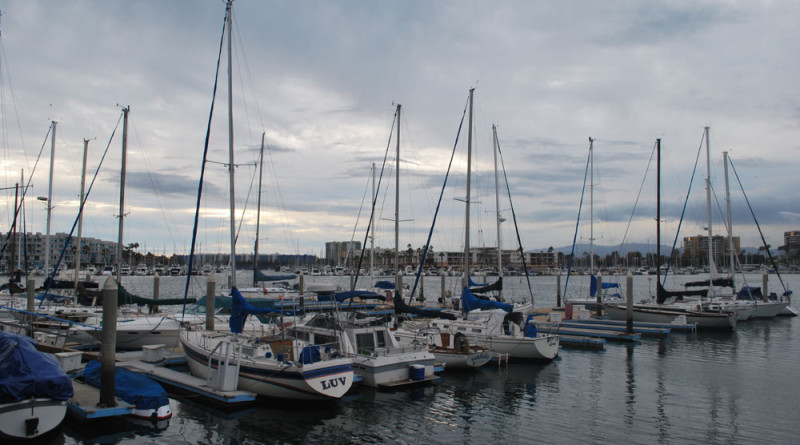 MARINA DEL REY — One year has passed since the Los Angeles County Board of Supervisors approved a $15.5 million design-build contract to upgrade and renovate Anchorage 47 in Marina del Rey. Landside work is already underway but the county has yet to begin replacing the existing dock system.

“The project is going well. Construction commenced earlier this year on the landside and is proceeding on schedule,” Carol Baker of the county’s Department of Beach and Harbors said. “Dock demolition begins Aug. 1 and the entire project should be completed spring of 2016. Upon completion Anchorage 47 (including docks we are accepting from Pier 44) will total 253 slips ranging from 20 to 85 feet.”

Boaters who parked at the county-owned Anchorage 47 were given the opportunity to temporarily relocate to another county-owned dock.

A slip transition plan was issued by the Department of Beaches and Harbors to assist small and mid-sized boat owners find a temporary slip for lease during the reconstruction of Anchorage 47. County officials would also help affected boaters find a permanent slip once construction is complete. Relocation subsidies were not offered to boaters. The relocation plan stated displaced houseboats, floating homes or inoperable boats were not accommodated.

The county defined small and mid-sized boats as any vessel measuring 35 feet long or smaller.

Relocated small and mid-sized boats would be given the right of first refusal to rent a new Anchorage 47 slip, according to the county plan. Boaters who are offered a slip larger than necessary for his or her vessel would be accommodated until an appropriately-sized slip becomes available. If an appropriately-sized slip does not become available, relocated boaters would be offered space in mast-up or other storage.

According to information released by Bellingham Marine, the new dock system will also include 44 transient slips, space for 162 personal watercraft and up-to-date environmental features such as erosion control and silt reduction.

The rebuilt Anchorage 47 will have fewer slips than the previous iteration but would be more accommodating to larger boats and comply with the Americans With Disabilities Act.

Anchorage 47, which was built in the 1970s, is managed by the county’s Department of Beaches and Harbors and located at the end of Mindanao Way in G Basin. Santa Monica Windjammers Yacht Club is based at Anchorage 47.