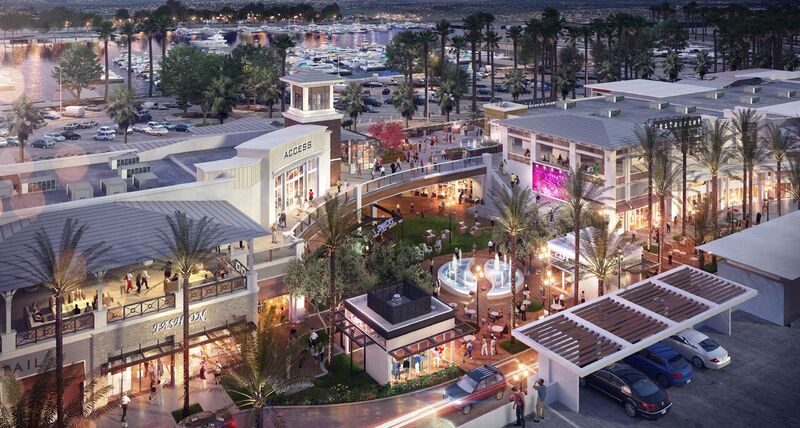 The project situated across from Alamitos Bay Marina is coming together in a “refreshing” way for developer.

LONG BEACH — The 2nd and PCH project, a new 220,000-foot retail, restaurant and outdoor space by developer CenterCal, is currently scheduled to open in fall 2019. CenterCal’s newest development, which is already under construction at the old Seaport Marina Hotel, has not garnered the same level of negative attention as the company’s other project – The Waterfront – in Redondo Beach.

The 2nd and PCH project – located directly across from Alamitos Bay Marina – could be a destination for boaters once it’s fully operational.

Fred Bruning, CEO of CenterCal, stated: “We are on track for our scheduled fall 2019 opening, and we are excited about the response from both the tenants and the residents of the City of Long Beach regarding our project.”

Barret Bradley, a development associate with CenterCal, reported the project has currently completed the underground utility work and Building A, which is located on the corner of 2nd and PCH, has most of the columns and foundation complete. Two steel builds are scheduled for mid July as well, Bradley added in a phone call with The Log.

Bradley said one of the major perks and benefits of building at this location will be the beautiful marina views visible from the development’s decks. He added the new visitor-serving retail project focuses on maintaining a “nautical, coastal-contemporary vibe.”

One of the committed retailers, according to Bradley, is a Whole Foods market.

The relative ease of CenterCal’s progress at 2nd and PCH is a stark contrast with what transpired a few miles up the coast in Redondo Beach. The El Segundo-based developer is currently in a heated legal battle with the city of Redondo Beach over The Waterfront. How the future of that project unfolds is anyone’s guess, but overall Bradley told The Log 2nd and PCH has been mostly smooth.

“As with any development, some people are not exactly sure,” Bradley said, referring to community response when a new project goes into their hometown. “Every time we go out [for feedback], our response is great. The community is ready for more retail. Belmont Shore and Long Beach residents don’t have this selection of retail readily available at their doorstep.”

While adding CenterCal is currently in the process of going out and gathering more feedback for 2nd and PCH, Bradley said this project has been “refreshing” and Long Beach’s City Council members and city staff have been a “huge proponent” for moving along the process.

Notably, 2nd and PCH will stand where the once-famed SeaPort Marina Hotel reserved occupancy. The hotel closed for good in 2016 and though the hotel had hosted guests such as Elvis Presley, the Miami Dolphins and Ronald Reagan (when he was a governor), it had a steady and, if one goes by the Yelp reviews, horrifying decline. One such commenter called SeaPort Marina Hotel “a zombie eyesore.”

In an article with the Los Angeles Times last year, Mayor Robert Garcia said the development “will revitalize one of the most important sites in Long Beach.”

The property is located on 6400 E. Pacific Coast Highway in Long Beach.

One thought on “Long Beach development, 2nd and PCH, is on track to open in fall 2019”