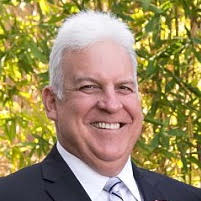 OXNARD — A nationwide search for a candidate to replace Lyn Krieger as Director of Channel Islands Harbor yielded former Long Beach Marine Bureau Chief Mark Sandoval as successor, Ventura County Executive Officer Mike Powers announced. A common story line for those who work marina jobs is they enjoyed a lifetime of water recreation, but Sandoval’s story is a little different with a similar ending.
“I came up in financial through the auditor’s office [in Long Beach],” says Sandoval. “I spent five years at city hall and then I started a marina position. Without a doubt, the waterfront is my passion.”

While working in the San Luis Obispo Area at a private resort and marina, Sandoval was told by a marina associate that the position for Director at Channel Islands Harbor became available. Coincidentally, Sandoval found his position in Central California through contacts as well.

Sandoval does have an extensive amount of experience and mentioned that he was there in Long Beach leading the Alamitos Bay Marina revitalization – that is until something quite controversial happened.

Sandoval, back in 2013, was forced to retire from his position as waterfront manager. “They [city staff] basically decided they didn’t want me anymore.”

Many newspaper and media outlets, once news spread about the situation, contacted Sandoval to comment on what was happening in Long Beach.

On a phone call as he drives to an orientation meeting, Sandoval tells The Log, “At the time, I said, ‘Look, I’m not gonna make my case through newspapers.’ I was going to go through the City Council, which I did. I pled my case to the City Council.”

At the time of Sandoval’s opposition, he stated there was some upheaval in Long Beach. The Assistant City Manager at the time, Suzanne Frick, did not like him, Sandoval suggests, and administration pushed him, and others, out.

“Looking back,” Sandoval muses, “everything happens for a reason.”

During his time at Long Beach, Sandoval mentions he gained knowledge of the marina world, including insight into leasing activities, parcels and waterfronts among other valuable skills.

Sandoval was working as the general manager at Lake San Antonio Resort & Marina in between his time in Long Beach and securing the position at Channel Islands Harbor. Comparing it to his position in Long Beach, Sandoval says he valued the “different” experience he received managing a freshwater marina that was inland. A more involved position with tasks related to lodging and other areas not mentioned in his job description in Long Beach, Sandoval said working at Lake San Antonio gave him a bigger appreciation for private sector operations and how it differed from government work.

In the end, Sandoval also gained an appreciation for how government works, which he states brings his experience full-circle as he takes on a leadership position in the public eye again. With his knowledge of both the private sector and government operations, Sandoval feels confident that he can accomplish great things during his time as director at Channel Islands Harbor.

Channel Islands Harbor has been a challenging area in the past with difficulties bringing the Fisherman’s Wharf renovations to fruition and recently in the news, there has been an issue with the water, which is a strange color and residents have stated smells bad. When asked if Sandoval will focus on any of these issues, he says “all of the above.”

Although he acknowledges he was not that familiar with Channel Islands Harbor before, Sandoval says in his time there, he sees it is a wonderful place.

In his observation of the harbor, Sandoval says that the parcels need updating and rebuilding/rejuvenating the marina is one of his forerunning goals.

“It is never an easy process because you will always have people with differing views and opponents [to remodel projects], but you have to continue to push,” Sandoval said.

Sandoval began his position on July 16, so he is still early in the process, but he says down the line he plans to meet members of the community and his opponents. He has already met the elected officials and the “retired” Krieger, who, it was announced in March, would be collecting a pension in addition to staying on as a part-time employee (at $93/hour).

Fisherman’s Wharf, a project headed by Krieger, is the most visible project in Channel Islands Harbor, Sandoval acknowledged.

“Lyn Krieger is still on board and she has been shepherding the process, which I am grateful for – this [Fisherman’s Wharf] is primarily her project,” Sandoval told The Log, in addition to the fact that she has given him good advice as he gets his feet wet.

Above all, Sandoval cites it is important for him to be “open and transparent.”

“These things don’t happen fast,” Sandoval says. “Everybody is anxious for improvement. “

With much work ahead of him and an excitement to be back near the ocean again, Sandoval says, “I’m happy to be here and plan on making a difference.”