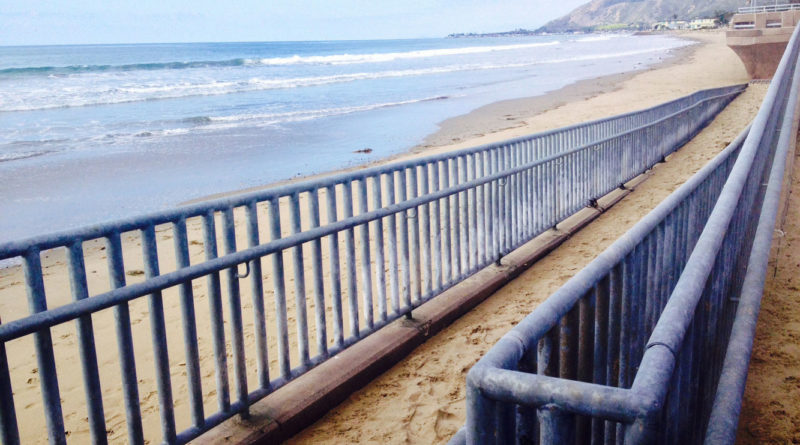 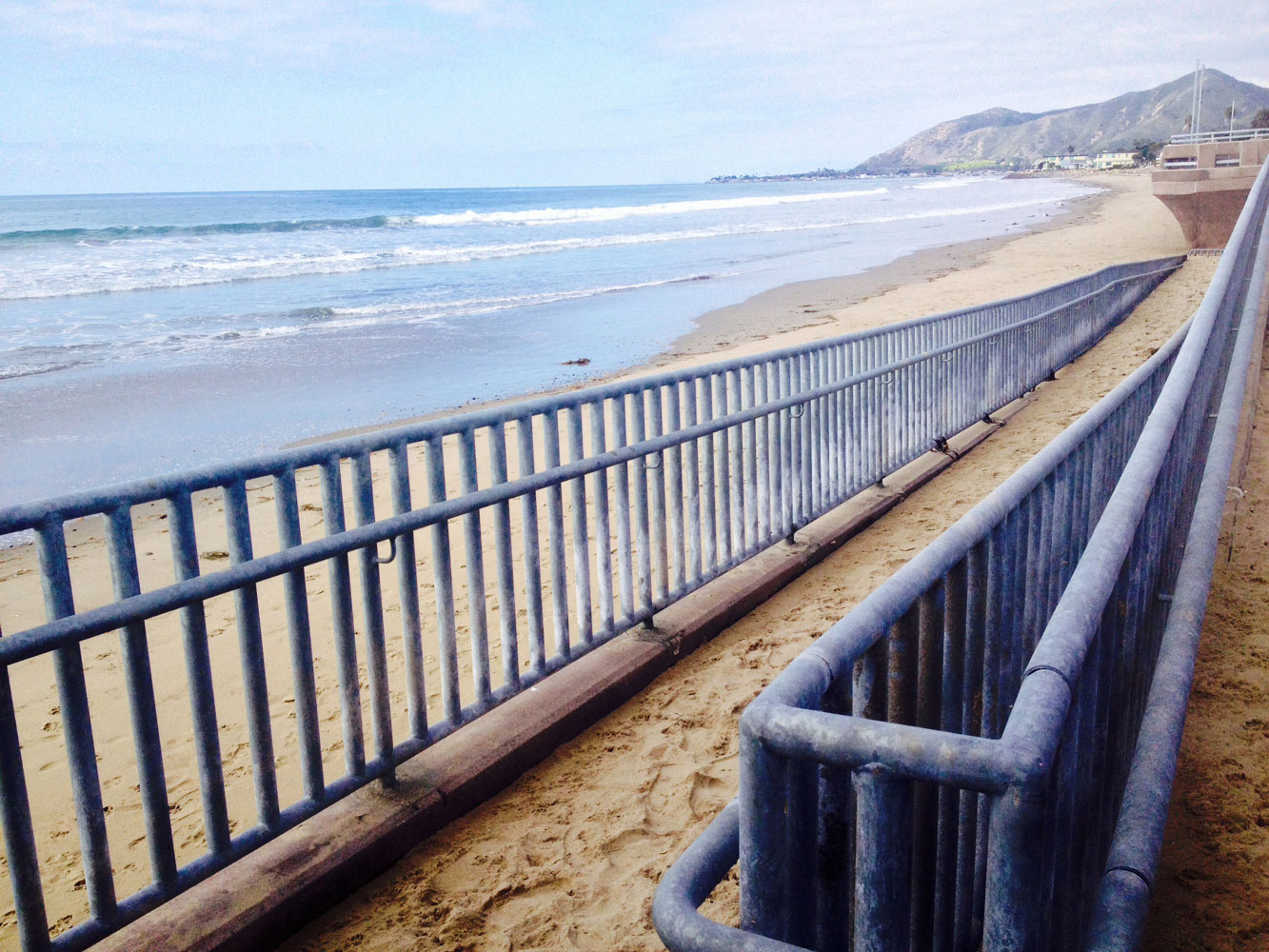 VENTURA– The recently completed new seawall, ramp and stairs at Solimar Beach, located north of Emma Wood State Beach, is a welcomed change for beachgoers and visitors that stop to take in the view of this pristine beach.

In the 1980s and 1990s, the California Department of Transportation (Caltrans) replaced the disintegrating steel-based seawall that was built in the 1930s using boulders or “armor rocks” to protect this stretch of the PCH. The large boulders were difficult for visitors to safety climb over and access the beach.

For this reason, in 2012, the California Coastal Commission approved the seawall project to replace the old seawall with the condition that Caltrans would install a ramp, stairs, improved parking and other amenities. The cost of this project was $18million.

The new seawall depicts a wave design and includes a ramp, stairs and a newly-paved parking area that provides easy in-and-out parking for cars as well as RVs and a wide well-marked smooth bike lane spanning 600 yards of the coastline.             Due to seasonal high tides, the ramp gets covered in sand, very thick at times especially at the lower level.