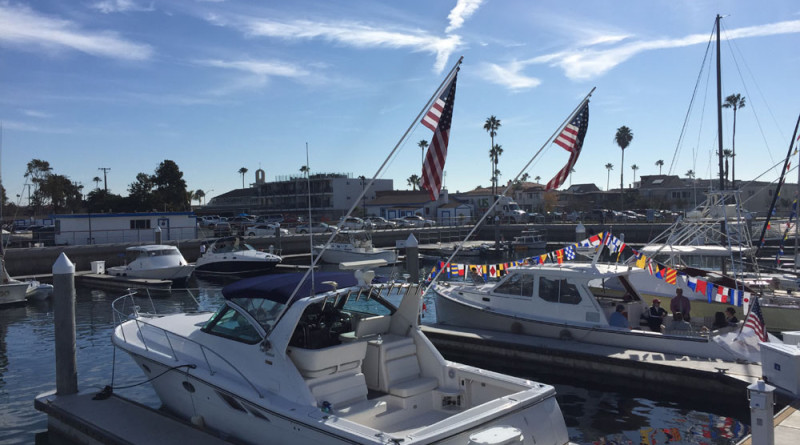 Newport Beach Mayor Ed Selich said the city spent the past decade trying to realize a vision by local groups and residents to build the 10.5-acre bayfront public park as the “Window to the Bay.”

“Today is a culmination of an 11-year journey,” Selich said. “We are a city of boating and sailing. We wanted something functional and architecturally significant. This is a park by the community and for the community. I haven’t seen a facility like this anywhere.”

Selich said Marina Park maintains the city’s nautical heritage and places Newport Beach on the map for recreational boaters up and down the state.

Newport Beach initially purchased the property in 1919 and operated a campground there through the 1950s, when the venue’s use was expanded to include mobile homes.

Discussions to convert the city-owned property started in the 1980s but did not pick up steam until a few years ago. The city also considered using the property as an aquatic park or a full-service marina. Plans to build bayfront cottages or grandstands for the city’s annual Christmas Boat Parade were also contemplated. 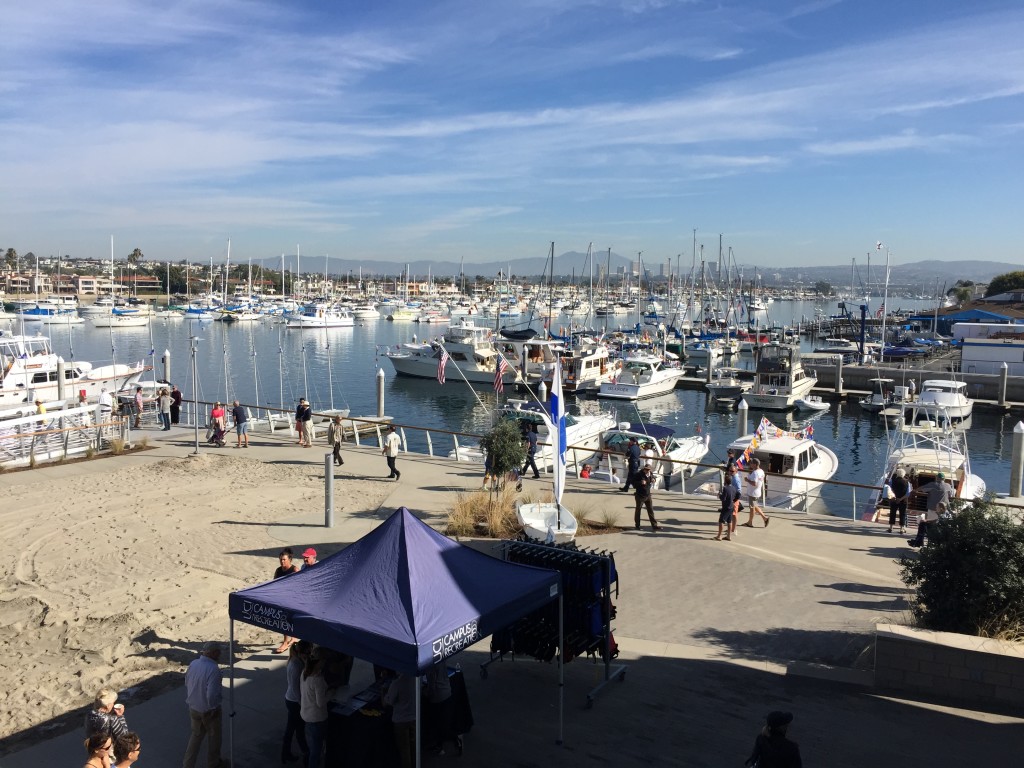 The city’s voters vetoed Measure L in November 2004, which prevented Newport Beach from developing a 110-room resort hotel at the site.

A consensus was finally reached to build a nautical-themed public park with a visitor-serving marina, educational sailing center and other amenities on the property.

Construction began about two years ago and was not expected to be complete until spring 2016. Public Works Director Dave Webb said Marina Park was completed four months early and under budget. 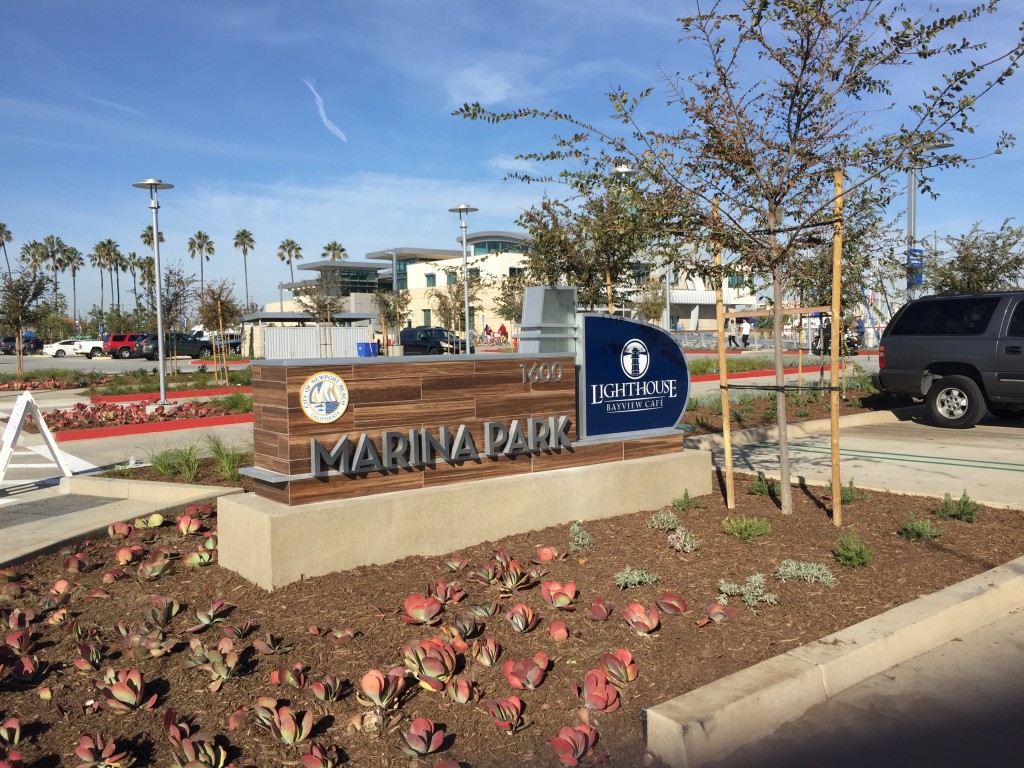 Webb pointed out there were 57 mobile homes on the bayfront property prior to construction. The city eventually negotiated a relocation plan: 47 of the 57 mobile homes were successfully relocated to other parks, Webb said.

Marina Park is home to a 23-slip visitor-serving marina, complete with electrical and sewer connections, WiFi service, restrooms for boaters, and side-ties for big boats. The marina is Newport Beach’s first in 25 years.

The project cost about $35.8 million to build, according to city staff, almost $4 million less than the $39.5 million budget estimated in 2013. 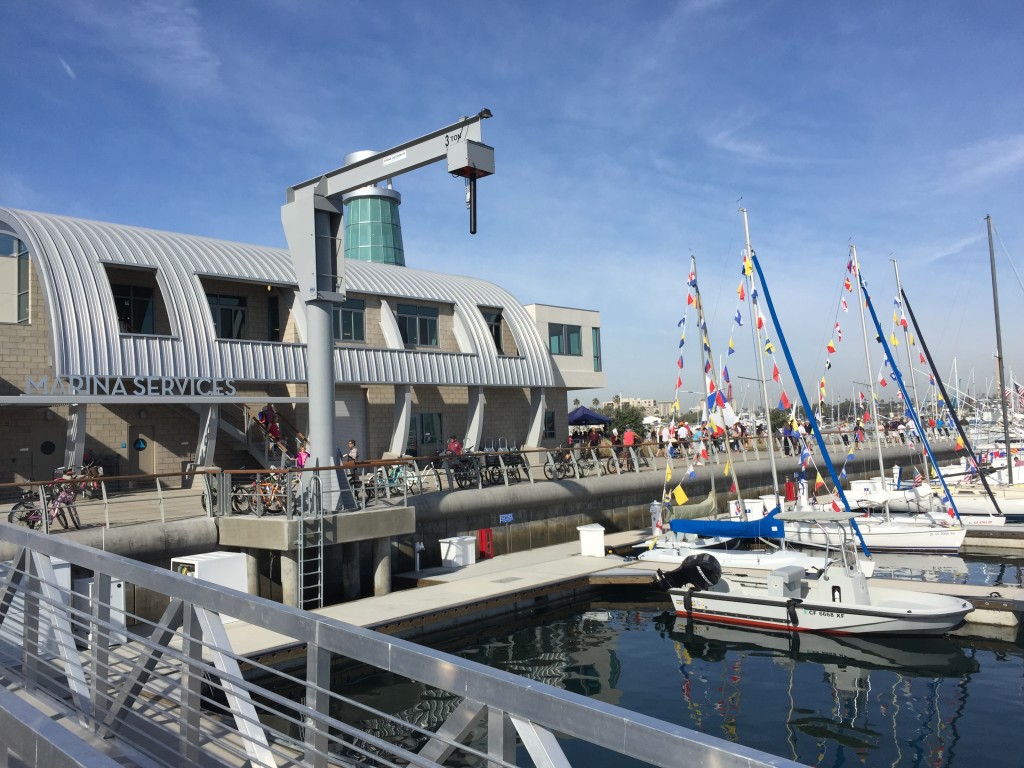