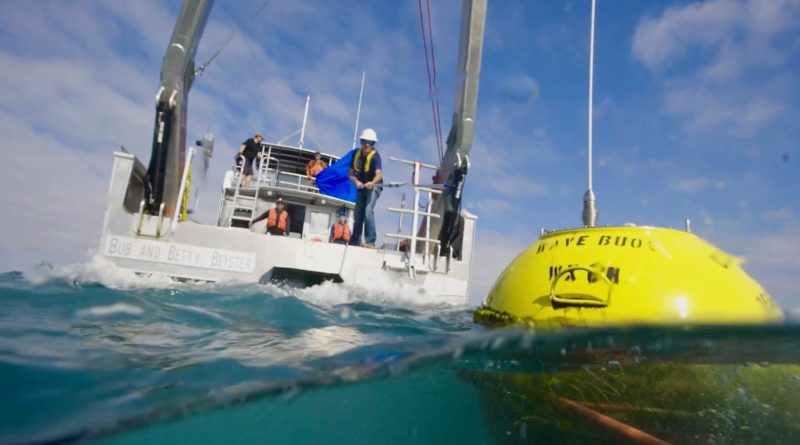 The Coronavirus pandemic has significantly reduced human usage of the ocean, including research. The science community at Scripps Institution of Oceanography is trying to keep data flowing as oceans go quiet.

SAN DIEGO—The Coronavirus pandemic has brought a paradox of devastation and clear skies. As many hold their breath as the economy falters, it seems Mother Nature is catching hers as smog lifts in major cities. With commercial shipping, naval and other vessel traffic down, researchers are addressing a similar paradox, investigating what the world’s oceans are like amid quieter waters and how to do so docked from shore.

Scripps Institution of Oceanography conducts and is a partner in a wide range of research programs, some of which have been collecting data for decades a few, centuries. Scripps Whale Acoustics Lab Director John Hildebrand was set to be on a research vessel in the Gulf of Mexico until Covid-19 hit the pause button on those plans.

Scripps Whale Acoustics Lab uses instruments weighted to the seafloor all across the planet to study marine animal population abundance, seasonality and behavior. The devices record underwater sounds such as winds, waves, ships, sonar, sounds made by marine animals such as whales and dolphins and more.

“Underwater sound is just a really nice proxy for the overall marine environment,” Hildebrand said. “All the way from invertebrates like snapping shrimp to fish and marine mammals; they all make sounds and you can get a good assessment of the state of the environment just by making a sound recording.”

Hildebrand is hoping to keep data flowing to provide data on what a quieter ocean sounds like.

“I think there will be things to learn and I’m really trying to set ourselves up so we have the data to answer those questions,” Hildebrand said.

With a few exceptions, research vessels are docked and laboratories closed as part of health safety measures related to Covid-19.

Hildebrand said several instruments off the Southern California coast will need to be serviced in the coming weeks. Since research vessels are docked, Hildebrand said it will be a challenge but is hoping to get permission for a small vessel and small crew to go out. If the devices are not serviced before batteries die, data could stop recording or be lost altogether. The instrument itself could also become completely unretrievable.

“That would be the worst because you’d lose the instrumentation and all the data and a year’s worth of data is very valuable all by itself,” Hildebrand said.

With the U.S. experiencing a decrease in international trade, commercial ocean traffic is down significantly. Locally, the volume of shipping at the Port of Los Angeles dropped 30.9 percent in March compared to the previous March and was the lowest amount of monthly cargo moving through the port since February 2009, resulting in a significant economic toll for many industries.

“I want to keep the instruments alive and then take a really careful look at during this period when noise levels went down, what was different?”

Completely preventing data gaps during this time is inevitable. For the first time in 48 years, the California Cooperative Oceanic Fisheries Investigations will not be able to conducts its springtime cruise off southern and central California to collect a suite of data, such as plankton and fish larvae numbers, to study the marine environment, management of its living resources, and the indicators of El Nino and climate change.

“These measurements are a part of a unique ocean time series that helps us understand both natural and anthropogenic changes in ocean ecosystems, including possible perturbations associated with the Covid-19 outbreak itself,” Mark Ohman, Director of California Current Ecosystem Long-Term Ecological Research (CCE LTER) group, said in an email.

Ohman said while frustrating, it is an understandable precaution that must be taken.

CalCOFI surveys are part of the LTRE network and the CCE LTER group takes shipboard measurements and integrates them with measurements by ocean gliders, moorings, and satellites, as well as experimental work. The group cannot get to sea to service their deep water science mooring and cannot deploy some of their robotic ocean gliders.

Ohman said continuous time series such as this are one of the important tools used to understand what the natural ocean cycles are and when ocean characteristics depart from that natural variability. He said without the measurements, they’re shooting in the dark.

“The management of some coastal fisheries becomes more difficult.” Ohman said in an email. “Our efforts to understand and create future forecasts of changes in processes like ocean acidification, de-oxygenation of the coastal ocean, changes in coastal upwelling, the onset of harmful algal blooms, and the recruitment and growth of key fisheries (both shellfish and finfish) begin to stall.”

He said the spring period is a particularly important time for the onset of coastal upwelling, the production of plankton – which is the base of the ocean food web – and the growth of fish larvae.