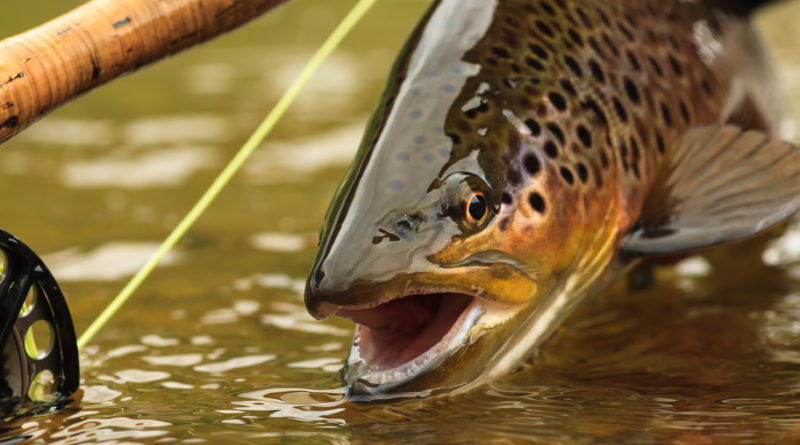 Eastern Sierra fishing season will open on May 23, about one month later than originally scheduled.

Editor’s Note: Updates to this story will be available on our sister site, fishrapnews.com.

SACRAMENTO—Charlton H. Bonham, director of the California Department of Fish and Wildlife (CDFW), lifted the state’s restrictions on the Eastern Sierra fishing opener for Mono County, allowing the trout opener to go forward.

The 2020 trout opener for Mono County was originally scheduled to take place on April 25, but the annual fishing event known as “Fishmas” was delayed until May 31 because of the Covid-19 pandemic.

Anglers are now allowed to begin fishing in Mono County as of May 23.

Fishing was not yet allowed in Inyo County, however. Inyo County is the other portion of the Eastern Sierras where “Fishmas” takes place annually, during the last Saturday of April.

“In April, CDFW had discussions with county leadership regarding trout fishing, which typically draws a high tourism influx to the area. Local officials were concerned about the transmission of Covid-19 and its potential to put a strain on their healthcare systems,” CDFW staff said in a released statement. “Further, all non-essential businesses including lodging, dining and camping options were closed in compliance with state and local public health officers’ orders. Thus, CDFW, in consultation with Fish and Game Commission President Eric Sklar, delayed the opener through May 31.”

Mono County officials, however, reportedly wrote a letter to CDFW, urging the department to end the trout opener delay and allow fishing to resume before May 31. The letter was reportedly sent to CDFW staff on May 21.

“Mono County officials … [indicated] that the county received approval from California Department of Public Health to move into the governor’s Phase Two, Stage Two Resilience Roadmap and would begin discussions of re-opening,” CDFW staff said in a released statement. “Though county officials requested the opening on May 22, CDFW required one additional day for consultation and processing this request, thus the delay in Mono County will expire at midnight on May 22, and fishing can resume on May 23.”

Please contact CDFW at 916-445-7600 for questions about the emergency declaration.