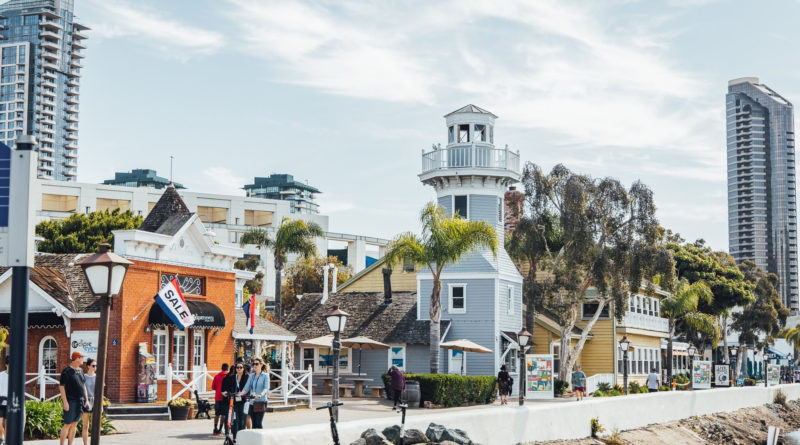 Alcohol-selling market is granted lease but before commissioners deliberate merits of tenant mix.

SAN DIEGO—The Port of San Diego is in charge of Seaport Village, but the mix of tenants occupying the waterfront commercial district was a point of concern at the first Board of Port Commissioners meeting of the decade.

Commissioners specifically debated whether the lease for Seaport Market should include certain restrictions, such as how much alcohol should be sold on site.

The board, which met on Jan. 9, ultimately approved the lease, with the tenant agreeing to limit alcohol sales to 50 percent of total revenues, but commissioners debated at length over the merits of the tenancy.

Questions about where the tenant would be placed and what the convenience market would serve its customers. Does this benefit or hinder Seaport Village’s tenant mix? Would this tenant become a liquor store? Or would the tenant function as a market?

“I think part of the problem is … there is no definition of what a liquor store is,” Commissioner Dan Malcolm said. “We’re up here trying to objectively determine whether it’s a liquor store.”

Commissioner Marshall Merrifield took the macro approach, saying the board should balk at handing out leases like candy at Halloween.

“I just want to make sure that we’re thinking about policy things at the same time we’re popping out leases at Seaport Village. We now manage, directly, Seaport Village. This is our property, to make and create the culture that we want, etc.,” Merrifield said.

Ann Moore, who was sworn-in as the board’s chair ahead of the commission’s Jan. 9 meeting, was apprehensive about the Seaport Market lease and advocated for a restriction on the tenant’s alcohol sales.

“I understand we want to activate the waterfront. On the other hand we do have to look at … the big picture, which is we have Seaport San Diego that wants to move forward, we have the Port Master Plan Update that wants to move forward,” Moore said. “I think antagonizing … the community that surrounds this particular use does not serve our long-range interests. It may be that it’s not a problem at all, but I think that there is a potential in this particular case, because there is no control.”

The tenant addressed the board and labeled his planned space as a “convenience store.” He said he doesn’t foresee alcohol sales exceeding 50 percent of revenues.

“We want to call it the right thing,” Merrifield said.

Seaport Market was one of two leases approved by commissioners on Jan. 9; another tenant was granted a lease for a full-service restaurant at Seaport Village.

Port district staff anticipates the two leases approved on Jan. 9 could bring in $2.3 million of cumulative rent over 10 years – an amount 40 percent higher than the rental revenue presently generated.