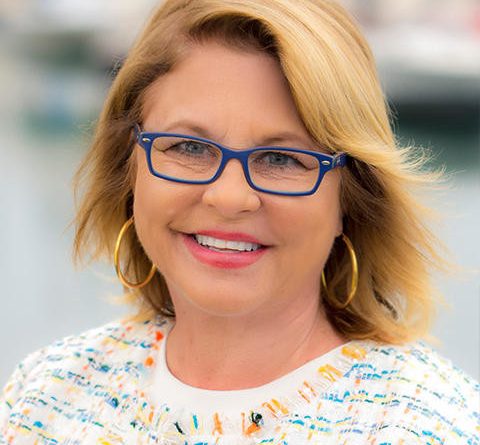 Randa Coniglio steps away after 20 years of service at port district, including the past five years as chief executive.

SAN DIEGO—Randa Coniglio, who has served as the president and CEO of the Port of San Diego since 2015, announced her retirement plans on Sept. 8. The search for her successor is officially underway. Coniglio was the first woman to serve as port district president in its 57-year history.

The official retirement date has not yet been set. Coniglio will continue to oversee port district operations while helping search for her successor, according to a press release issued by the Port of San Diego.

Coniglio said the time is right for retirement, since she wants to focus on being a grandmother.

“I intend to work together with my board to facilitate the smoothest possible transition,” Coniglio said in a released statement. “I’m going to be flexible with my departure date to give the Board of Port Commissioners whatever time they may need to select our next CEO. As soon as my successor is in place, I’ll be ready to move on to the next phase of my life, knowing that the Port is in good hands.”

An official statement issued by the port district about Coniglio’s planned retirement outlined a few of her accomplishments.

Those accomplishments included a revitalized Seaport Village, development of Portside Pier and modernization of the Tenth Avenue Marine Terminal (thanks to a $10 million grant from the U.S. Department of Transportation).

The port district also welcomed back the Intercontinental Hotel, which opened on the North Embarcadero in 2018, under Coniglio’s watch. Coniglio was also instrumental in the launch of the “Blue Economy Incubator,” which, according to port district staff, supports entrepreneurship, fosters sustainable aquaculture and drives blue tech innocation.

“We’re proud that we chose Randa, the Port’s first female president in its 57-year history, Ann Moore, who serves as chair of the port district’s board of commissioners, said. “We have our work cut out for us because Randa has done a remarkable job and she will be a tough act to follow. We did a nationwide recruitment in 2014 and we’ll take the same approach now. The Port of San Diego is a regional focus for recreation, tourism and industry, so the people of our region deserve the best.”

Coniglio has been with the port since 2000, when she was hired as a real estate asset manager. She eventually became the executive vice president for port operations; the port district elevated her to CEO and president in 2015.

The office of president and CEO oversees the port district’s 500 employees and 14,000-plus acres of tidelands, bay and beaches. Moore will lead the search committee for Coniglio’s successor. Also sitting on the search committee will be commissioners Michael Zucchet and Dan Malcolm.

Coniglio is one of three employees who directly work with the Board of Port Commissioners to implement the commission’s policy decisions and enacted legislation; the other two employees are the port counsel and port auditor.