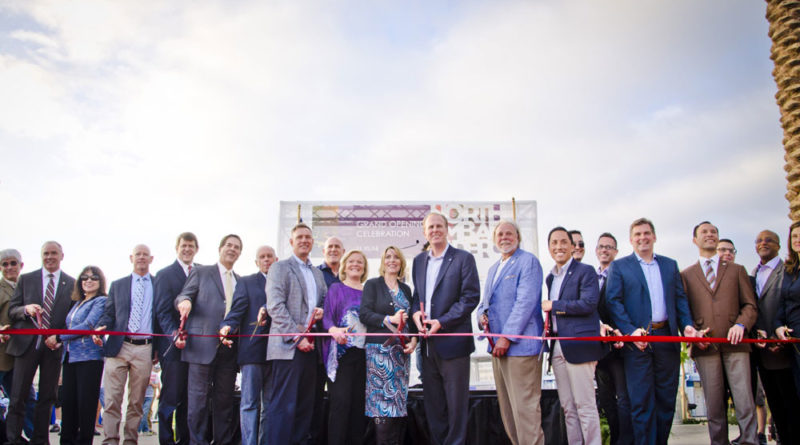 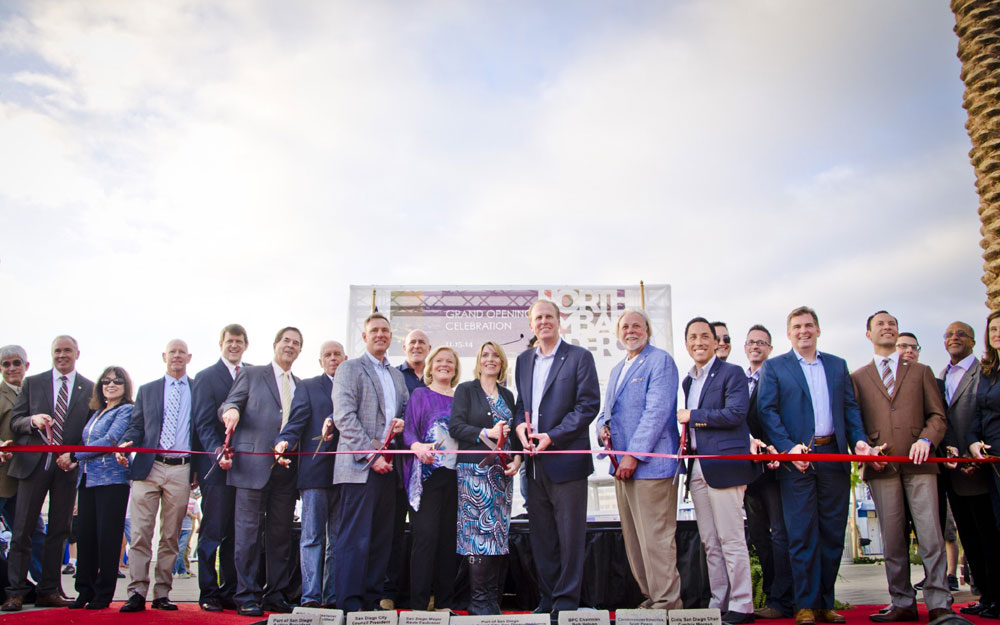 The community event, complete with strolling musicians, free boat rides and performers, commemorated the completion of the Visionary Plan Phase 1 for the waterfront embarcadero.

“Today, opportunity is realized. Residents and families gain a new sense of pride in our world class city, and San Diego gets the waterfront it deserves,” said San Diego Mayor Kevin Faulconer. “The new embarcadero is a place for every San Diegan to enjoy. By working together we’ve created something special that will be celebrated for generations.”

Guests also enjoyed food and the free boat ride aboard Flagship Cruises’ Patriot Jet boat and zip lining along the waterfront. Children were able to play in a kids’ zone that was complete with an arts and crafts station. They were also invited to explore a san Diego SEAL tour vessel.

The grand opening marks the first phase of the project’s completion that broke ground in January 2012. The 105-foot wide esplanade features formal gardens, plazas, shade pavilions and a waterfront promenade. It encompasses an area from the Nave Pier to B Street and an area of West Broadway from North Harbor Drive to Pacific Highway.

“This is a great day for San Diego. The most popular place for people to view San Diego Bay has a new look, and now it’s built for people, not cars,” said Chairman Nelson. “Whether you’re lounging on one of the custom benches, relaxing in the shade of new pavilions or reflecting on the unique public art, you’ll appreciate the care and attention that went into every phase of this project. This waterfront is our front porch and with these improvements, we’ve made it even more of a San Diego landmark.”

Also included in the project is a new visitor information center, ticket kiosks for bay tour operators and a gift shop.

A new café building and restaurant are also in the plans and are expected to be in operation by mid-2015, according to the port.

The project also included improvements to the roadways, utilities and storm water systems, designed with environmental stewardship in mind. Drought-tolerant plants were also planted in efforts to conserve water, according to the port.

The port, the city of San Diego and Civic San Diego contributed to the $31.1 million project. USS Cal Builders was the project contractor and the design team, led by Project Design Consultants, and included Civitas, Spurlock Poirier Landscape Architects, Joseph Wong Design Associates and others.