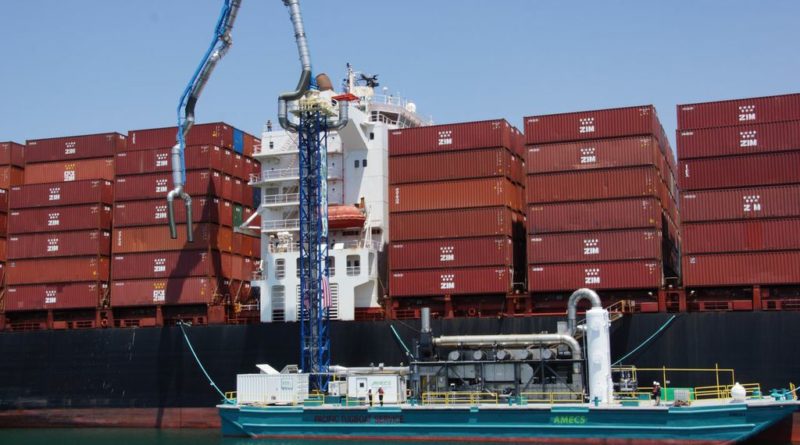 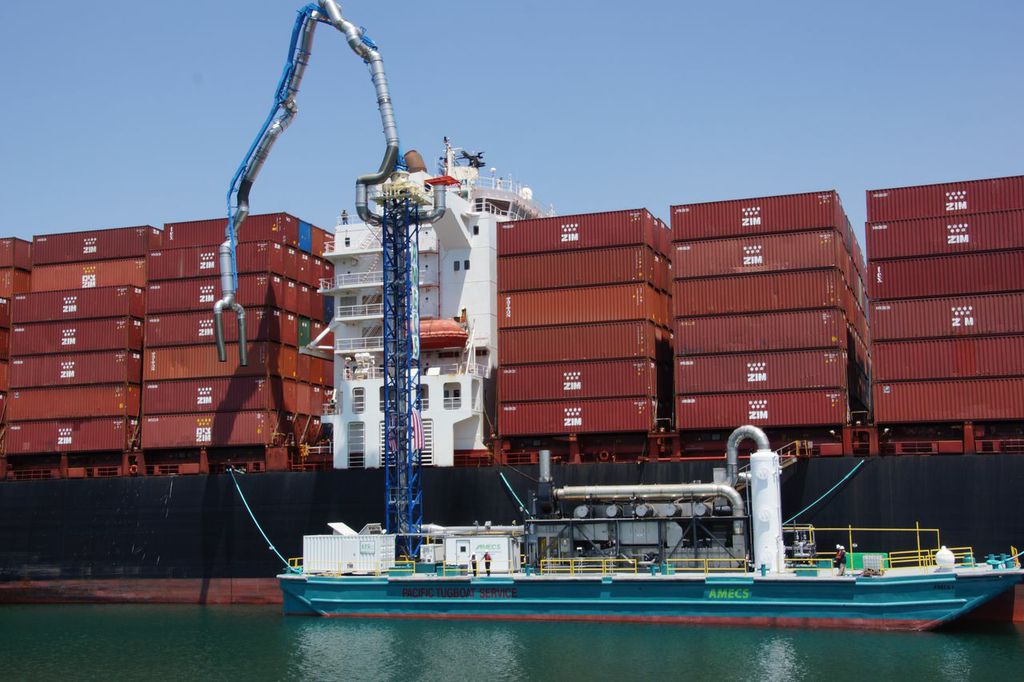 Powered by a 47-meter expandable boom, Advanced Cleanup Technologies Inc.’s (ACTI) question-mark shaped barge towers well over 100 feet and has the ability to reach adjacent container ships with relative ease. With the mission of eliminating emissions, the prototype’s ductwork, via an end piece, connects to smokestacks of any size to suck out hazardous gases. The system connects directly to the exhaust pipes of each ship.

Ruben Garcia, the founder and president of ACTI, said development for the technology has taken about 10 years.

“We were looking at regulations coming down the pipeline for the shipping industry, and we started looking at emission control technology. Non-stationary source emission technology just didn’t exist,” Garcia said. “Nobody’s ever tested on locomotives or tested on shipping. We started scouring the country looking for technology, and we came up with different technology that’s used in the utility industry and the refining industry. We took that technology and put it together and came up with a pretty unique system.”

He said the system has proven it can capture 99.9 percent of all emissions.

With no need to retrofit, Garcia said the system won’t impede with the loading and unloading of the vessel.

“We feel like it’s going to be extremely beneficial because the shipping companies are looking for a way to solve the problem without retrofitting their vessels and without having to worry about the utility rates going up,” Garcia said. “Also, without worrying about whether or not the energy is going to be available.”

The TAP system was demonstrated in Long Beach on June 6. Rich Cameron, managing director of environmental affairs and planning at the Port of Long Beach, said the system will benefit San Pedro Bay in its mission to become a green operation. He added that the system provides flexibility and options for vessels that are regulated under the state’s shore-side power rule.

Cameron said roughly two-thirds of all vessels in the ports don’t fall under the current regulations. State smog regulations, in an effort to reduce air pollution, call for major container ships to plug in to shore power while idle.

“This is not something that will be the silver bullet,” Cameron said. “I think the Port of Long Beach and many of our stakeholders know that we have to continue to participate and collaborate on this type of technology and system improvements so that we can be competitive and also meet our commitments to being a sustainable operation and being a good neighbor at the end of the day.”

Garcia said a plan is in place to have 16 systems operating at nation ports, including San Diego, by the end of the year. The systems, constructed by union builders, will cost around $5-6 million to create.