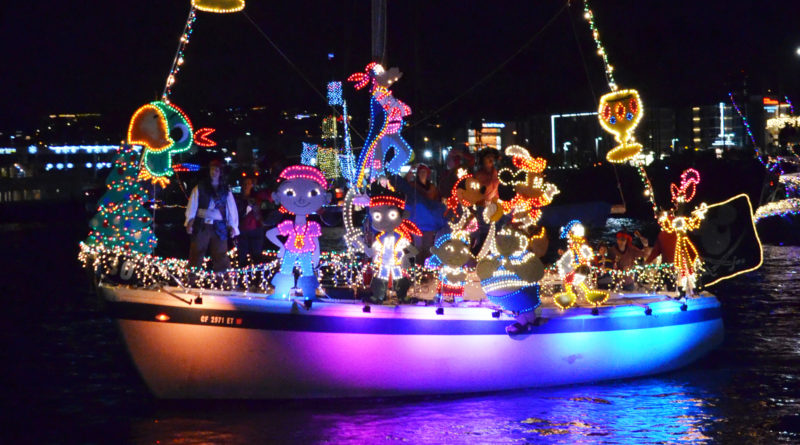 The San Diego Boat Parade of Lights returns on Dec. 9 and 16; this year’s theme is “A Tropical Island Christmas.”

“A Tropical Island Christmas” will be held on Dec. 9 and 16.

SAN DIEGO — “A Tropical Island Christmas” will be the theme of this year’s San Diego Bay Parade of Lights, which will be held on Dec. 9 and 16.

The boat parade is presented by the Port of San Diego and brings more than 100,000 San Diego residents and visitors together on the waterfront each year. The procession of about 80 lavishly decorated boats has become one of the most iconic holiday events in the San Diego region.

“At this year’s event, the 47th Parade of Lights, participants will showcase their creative approaches to Christmas decor with an island-themed, warm-weather twist,” said Parade Chairman Larry Baumann. “Thousands of spectators will come to the bayfront to experience a unique lineup of boats with a bit of tropical flair in celebration of the holiday season.”

The parade route starts at Shelter Island and travels east past Harbor Island, then south along the Embarcadero, Seaport Village and Cesar Chavez Park before turning parallel with the Coronado Bridge to the west side of the bay. The parade then proceeds past Peohe’s to the finish line after passing the Ferry Landing. It takes about two hours to complete the trip and there are many comfortable waterfront viewpoints along the route.

A variety of prizes and awards are presented to the best-decorated boats and those that best capture the parade’s theme. All participants will receive a participant plaque and are invited to the awards dinner held at Tom Ham’s Lighthouse.

Viewing areas span across multiple areas of the San Diego Bay. Prepare for traffic and parking ahead of time. To ensure public safety, spectators are encouraged to use safe viewing practices. Please report any suspicious activity to the Harbor Police. The possession of open alcoholic beverages is prohibited along the parade viewing area. Drones and other unmanned aircraft systems are also prohibited.

For those interested in participating in the 47th Annual San Diego Bay Parade of Lights, join us at this year’s Lighting Seminar. Here, interested parade participants will learn about the latest in lighting for boats to help make a big impression on parade judges and the thousands of spectators. The seminar is free and will be held on Nov. 15 from 5:30 p.m. to 7:00 p.m. at West Marine, 1250 Rosecrans Street, San Diego.

The Presenting Sponsor for this year’s San Diego Bay Parade of Lights is the Port of San Diego. Also, this year’s Awards Banquet Sponsor is the USS Midway Museum and this year’s Grand Prize Sponsor is Royal Caribbean Cruises.

Those interested in sponsoring the San Diego Bay Parade of Lights can contact Joni Geis at 619-823-5220 or joni@boatlenderusa.com.