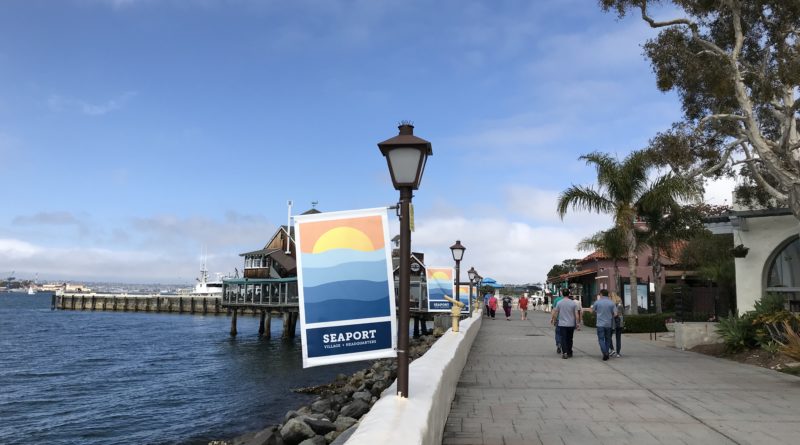 Port of San Diego expects the trio of restaurants to bring $1.75 million in revenue during next decade.

SAN DIEGO—A brewery, pizza joint and coffee shop will soon have a presence at Seaport Village, thanks to a series of leases approved by the Port of San Diego’s Board of Port Commissioners on Nov. 5.

Commissioners specifically approved lease terms for Mike Hess Brewing, Mr. Moto Pizza and Spill the Beans. Each dining establishment is expected to be operational and open to the public in 2020. The three dining businesses are expected to generate $1.75 million over 10 years in cumulative cash flow for the port district.

“The proposed leases would allow the [port] district to achieve its objectives of securing high-caliber, catalyst tenants to increase occupancy, generate greater momentum and energy for the shopping center and secure higher revenue,” port district staff said in a report to commissioners. “The board’s adoption will also demonstrate to prospective tenants in the visitor serving commercial market that Seaport Village has viable and attractive leasing opportunities that are competitive and worth pursuing.”

Mike Hess Brewing was described by port district staff as “one of San Diego’s first craft brewers. The restaurant would feature a beer tasting room, patio area and full-service restaurant. Port district staff stated they negotiated a 10-year lease with one five-year option.

Spill the Beans is expected to open its second location at Seaport Village, thanks to the port district’s board action; the specialty coffee and bagel shop already operates a storefront in San Diego’s Gaslamp District. The port district will enter into a 10-year lease agreement with Spill the Beans.

The center is home to Tuna Harbor and is adjacent to Marriott Marquis San Diego Marina and Embarcadero Marina Park North.

The port district has lease agreements with 61 tenants at Seaport Village; there were 17 vacancies at the time the port’s board considered the leases for Mike Hess Brewing, Mr. Moto Pizza and Spill the Beans.

“Most of these vacancies are concentrated in the East Village area of Seaport Village, now referred to as the ‘Lighthouse District,'” port district staff said in a report to commissioners. “The current tenant mix is comprised of 41 retail tenants, 16 food and beverage tenants (including restaurants, walk-up cafes and specialty foods), and one second-floor office tenant for related Seaport Village projects.”

Other improvements at Seaport Village include free live music daily, a weekly speaker series and mixer, and podcast recordings on San Diego history and marine ecology.