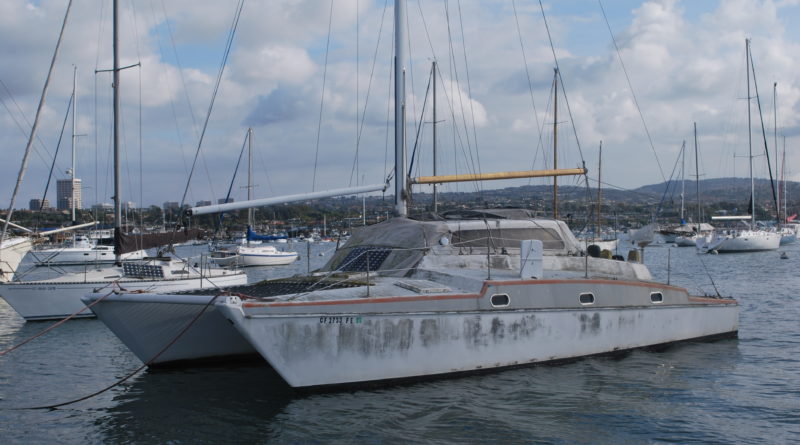 The Division of Boating and Waterways Surrendered and Abandoned Vessel Exchange (SAVE) program provides grant funds for the removal, reduction and prevention of abandoned recreational vessels.

The grant provides public agencies with funds to, under certain guidelines set by the state, accept and dispose of derelict or abandoned vessels, or vessels likely to become abandoned that are voluntarily surrendered to the city for disposal when the owner has no funds or means to remove their vessel. The grants are used to reimburse the awarded agency 90 percent of the cost of disposing vessels acquired under the program.

The goal is to prevent abandoned recreational vessels from sinking in the harbor, getting ditched in side alleys or washing up on local beaches. Abandoned and derelict vessels can also pose an environmental threat as they can be prone to discharges of oils, gas, sewage or other toxic fluids or take on water and sink in the harbor.

Santa Barbara Interim Harbor Operations Manager Lieutenant Erik Engebretson said the waterfront department has been plagued with derelict and abandoned watercrafts for years. Many of which are moored east of Stearns Wharf in an area commonly referred to as “Fools Anchorage.” He said many of these California state registered pleasure boats were once berthed in the harbor, but were given away or sold for next to nothing and now many of the outdated vessels are left unattended off East Beach.

“The bad news is that without stemming the tide of abandoned boats left to rot east of the Wharf, more will still sink or find their way onto the beach,” Engebretson said in an email.

Engebretson said there are currently six vessels in Santa Barbara that qualify for the program at an average cost of $3,000 per vessel.

Abandoned vessels are also a concern in neighboring, Ventura. Ventura Port District Harbormaster John Higgins said because Ventura had been denied SAVE grants the past couple of years, most of the grant money has already been dedicated.

“I have what I believe is a back up of vessels,” Higgins said.

Higgins said he surveyed the marinas to determine the harbor need and will now be meeting with marinas to prioritize projects. Higgins said the process of removing a vessel can be time consuming, arduous and often expensive. He said the program has been a huge help.

In Newport Beach, over time, the city has accumulated a list of vessels that needs to be surrendered, according to a staff report. The staff report said due in large part to the creation of the harbor department, staff has been able to clean up the harbor these past couple of years and dispose of many abandoned and derelict vessels. With a revamped outreach program and more active code enforcement staff with a presence on the water, there are fewer abandoned eligible vessels, providing the city with an opportunity to accept more Vessel Turn-In Program boats, the staff report stated.

Newport Beach was also granted funds in 2014 and 2017, with which the city was able to remove and properly dispose of more than 55 vessels.