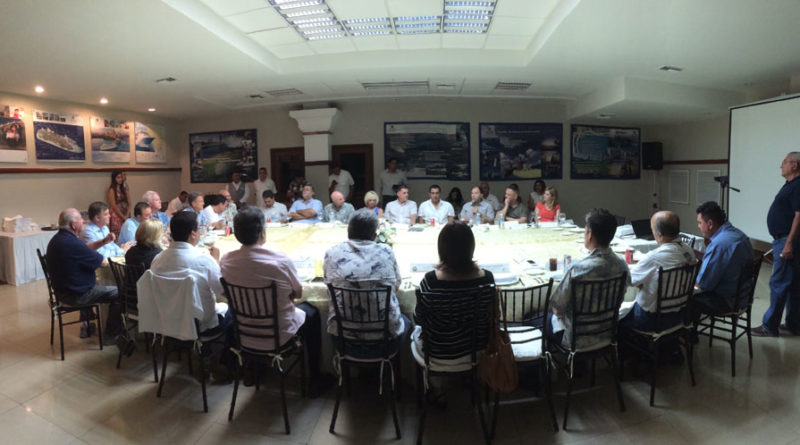 SAN DIEGO — A delegation of boating and fishing interests from San Diego spent the better part of April in Mexico City and Mazatlan to create more opportunities for anglers and boaters to travel south of the border with minimal hassle.

“The whole route is open. The port of San Diego is really keen on that,” Ken Franke, president of SAC, said. “They are rolling out the red carpet for Americans to visit Mexico.

Franke added the first delegation to Mexico City in mid-April resulted in streamlining a website to help the boating public visit Mexico, making it easier for boaters to obtain fishing licenses and complete other paperwork required to visit America’s southern neighbor.

Joining SAC and SDPTA in Mexico City for the first trade mission were members of the San Diego Chamber of Commerce, who reportedly made a presentation to Mexican officials of the value of attracting American anglers and boaters to their country.

“They will have all their paperwork before they leave the dock. The mystery is gone.
Mexico really wants to draw American boaters,” Franke said.

As previously reported, anglers and boaters heading from the United States to Mexico would be able to apply for permits and fill out relevant documents at pescadeportivaenmexico.sectur.gob.mx/en.

“This site makes it easy to apply for all permits and documentation to visit Mexico by boat. The Tourism Department recognized the significant value of tourists from the U.S. boating public,” a joint statement issued by SAC and SDPTA said.

The Mexican Fisheries Department also launched a website for anglers at sportfishinginmexico.com

A second delegation headed to the Sinaloa port city of Mazatlan, where representatives from SAC, SDPTA and the Port of San Diego met with local officials to promote boating, fishing and tourism interests in the Sinaloa resort town.

Mazatlan is often referred to as the “Mexican Rivera” and, according to trade delegates, was once “the center of the marine recreation … activity from Southern California.”

“The marinas, the boatyard and support facilities were top quality for visiting yachts,” Franke stated. “The goal of the trade mission was to evaluate the security and viability of Mazatlan as a renewed tourism destination and commerce partner.”

Several marinas call Mazatlan home, including Marina Costa Bonita and El Cid, the latter of which heralds itself as ushering the rebirth of recreational boating in the area.