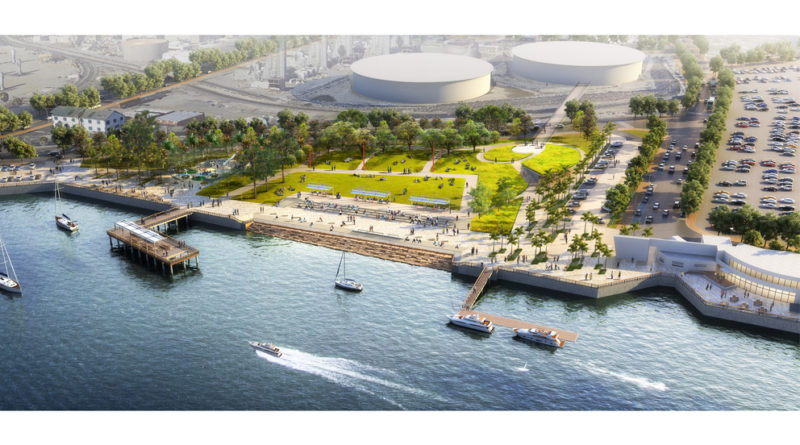 WILMINGTON — San Pedro Public Market may be on the tongues of everyone in the city, but Wilmington is also tied into the latest total overhaul of waterfront developments planned for the southernmost borders of Los Angeles.

The Port of L.A. recently released new renderings of Wilmington Waterfront Promenade, a project which is expected to begin construction in 2019 and will total $52.7 million.

Wilmington Waterfront Promenade, which will include a public walkway, pedestrian plaza, parking lot, realignment of Water Street and parking northwest of Banning’s Landing Community Center, appears it may also introduce a marina.

Landscaping, irrigation, signage, lighting and furnishings such as seating, bike racks and public drinking fountains will be updated and added, all as part of an effort to rejuvenate an 8-acre patch of land on the waterfront.