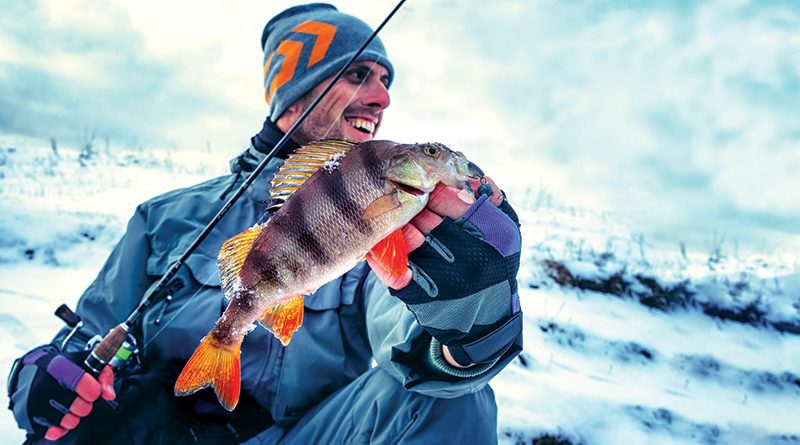 Bass fishing during the winter months can give anglers access to bigger fish and quieter days on the lake. Daylight is one of the best times to catch smallmouth bass. If you’re out before sunrise until a few minutes after the sun comes up, you’re guaranteed some bites. Shutterstock image.

Dear anglers, before you contemplate on putting away your fishing gear, here is a guide on how to get the most out of the winter fishing season.

CALIFORNIA— While winter comes up fast and the temperatures drop low, anglers may be compelled to pack away lures and fishing rods until next spring. But fishing in cold weather can be as great as it is in the summer, especially since the weather keeps most anglers cozied up next to their woodburning stoves. Winter is a particularly great time to fish because freshwater species group up, meaning more fish on your lure. But winter fishing takes some prep.

Like any fishing season, location is essential. Picking the right spot to cast your line is pivotal. If you aren’t sure where the good fishing spots are during the winter months, check out your state’s (or the state you’ll be fishing in) Department of Fish and Wildlife website. They have all the up-to-date information on what fish are in which lakes, what time of year offers the best catch, and any limitations you will need to heed.

CDFW has created a fishing general guide highlighting great places to fish in California. The online map-based fishing guide can help anglers plan fishing activities and it contains a variety of information including fish planting locations, freshwater sport fishing regulations, marine protected areas, and much more. The CDFW also shares its R3 program to encourage and advises anglers on all things hunting and fishing.

During January in California, the best fish to catch are sturgeons. Surrounded by San Rafael, Vallejo, and San Francisco, the San Pablo Bay carries the reputation of a wintertime sturgeon Mecca. A combination of moving tides, bolstered by rainfall-induced freshwater flows from the Petaluma River, Napa River, and Sonoma Creek, churn up the estuary, providing ideal conditions for concentrations of feeding “diamondbacks.”

Halibut begin to arrive in sheltered bays in February, from San Diego to Eureka. This aggressive bottom feeder is a popular target for anglers working in these California waters during the winter, and is a popular menu item for restaurants during this season; these fish prefer vast expanses of sandy bottoms. The “flatfish” typically range between 10 to 25 pounds, with some approaching 40 pounds. Regulations require anglers to toss back any that don’t meet the 22-inch, minimum-size length restriction. Notable hotspots include Oceanside Pier, Morro Bay, Monterey Bay, San Francisco Bay, Tomales Bay, Bodega Head, Shelter Cove, and Humboldt Bay.

Spring of 2022 will begin March 20, giving anglers one more chance for winter fishing. In Yuba County, Collins Lake grows largemouth bass that feed on a healthy forage base (including stocked rainbow trout). Good electronics help locate bass suspended in deep water, off points, humps, and the main-creek edges. Pitching jigs or plastic worms are effective but must be used in deep waters and presented slowly. As the water temperatures rise, bass seek food, and topwater action improves. Reaction lures spur aggressive strikes with larger fish preferring spinnerbaits and crankbaits, while others are hooked by anglers “frogging” over the increasing weed growth.

The best locations in Southern California for winter fishing according to active.com:

As for baits, there are seven that anglers should have in their tackle box during the winter fishing season. Anglers should remember to start using brightly-colored or lightly-colored lures when visibility is low. Softer light makes it harder for fish to see, limiting where they can see your lure. A bright-colored lure will have the most significant reach for fish to see it. It’s helpful to start with white-colored lures and then try other bright ones if white isn’t working. According to Karl’s Bait and Tackle.

The seven lures fishermen need are:

Whether its ice fishing for walleye or lakeside bass fishing, winter fishing is just as rewarding as summer, but dress warm and head out to the water prepared.