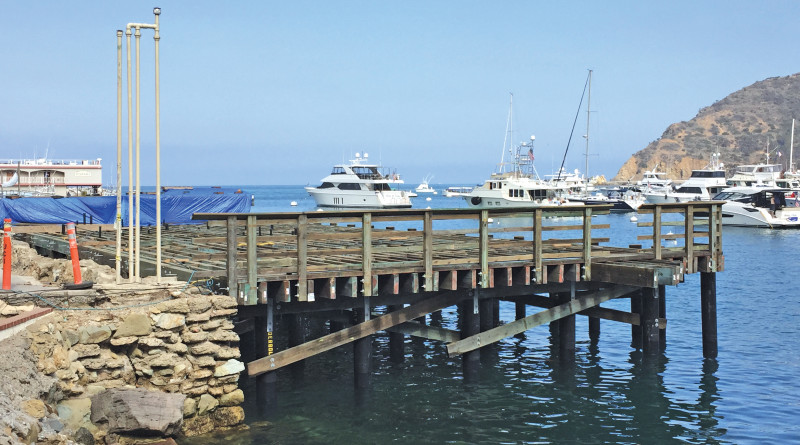 Jinkens said work on the Casino Fuel Dock (and adjacent restaurant project) is moving forward at “a good pace” after delays and unanticipated repairs.

“After many weeks of surprises such as unknown older fuel tanks, decaying adjacent seawalls in need of repair and the need for completely news electric service to the Casino, fuel dock and future restaurant, work is proceeding now on a good pace,” Jinkens said in his update.

The city seems to be overcoming construction delays, but Avalon is still struggling to deal with the drought.

Southern California Edison declared a State 3 Drought for the island.

“New housing projects are unable to get an allocation of fresh water so that the projects can be completed and occupied,” Jinkens said.

The city is completing its negotiations with a private party to construct and operate a new Casino Dock Restaurant, as previously reported in The Log.

Meanwhile city officials hope to meet with members of the Los Angeles Regional Water Quality Control Board to discuss the possibility of privatized desalination plants on the island.

“Innovative thinkers who live and work here have come up with suggestions for how to deal with [the Stage 3 Drought]. These suggestions include the installation of machines that make water from the moisture in the air as well as the use of state-of-the-art private desalination plants,” Jinkens said. “The city has been told that there are obstacles to the use of private desalination. The major stumbling block appears to be related to the interpretation of existing wastewater discharge rules promulgated by the Los Angeles Regional Water Quality Control Board.”