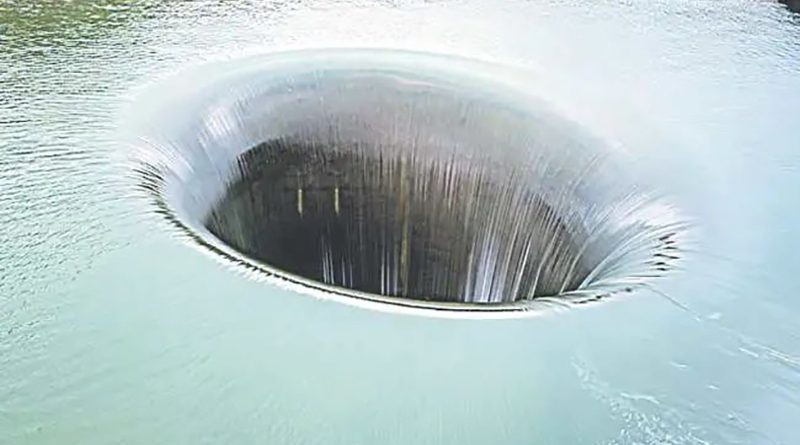 A 72-foot spinning vortex dubbed the ‘portal to hell’ reappeared in Lake Berryessa reservoir in Napa over Easter weekend.

The vortex has made several reappearances, drawing in crowds and garnering several nicknames, including glory hole, hellhole, and portal to hell.

The vortex resulted from a construction effort from the 1950s when engineers created a massive 8-foot by 200-foot drain, similar to one found in a bathtub, to control the outflow of water from the Monticello Dam.

When excess water is collected in the lake, it escapes through the wide hole creating the spinning vortex.

The vortex swallows around 48,000 cubic feet of water per second when the lake rises above 15.5 feet, according to an article from Times Now.

The spectacle has drawn in crowds of people to watch the spectacle from a cement ledge on the lake.

The last time the vortex opened was in 2019 when the lake hit full capacity for the first time in 11 years.

In March of that year, a duck made the headlines when it was filmed falling into the spillway. Reports say the duck survived.

There has been one human fatality reported at the vortex since its appearance in the 50s.

The area has since been roped off, and swimming in the area is no longer allowed.