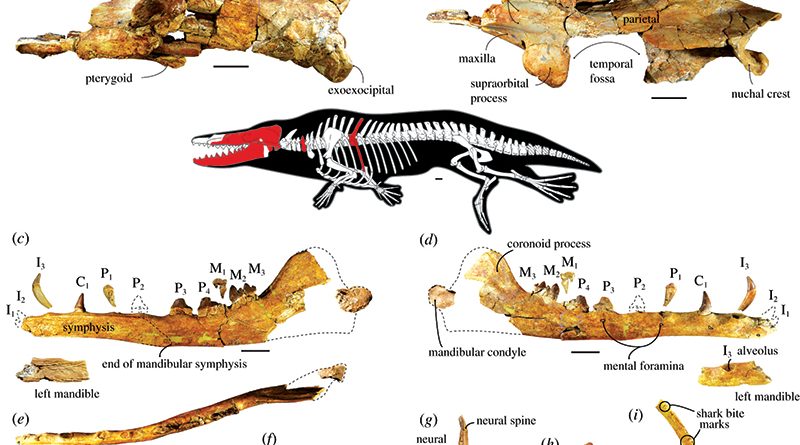 EGYPT一 Scientists in Egypt have identified a new species of four-legged whale from a fossil that was discovered in Egypt’s Western Desert.

The fossil has been identified as a Phiomicetus anubis, an amphibious whale species that roamed the earth about 43 million years ago.

The fossil got its name from its resemblance to Anubis, the Egyptian jackal-headed god of death, according to the BBC.

The new species was an estimated 1,400 pounds in weight and was roughly 10 feet in length with strong jaws to catch prey and the ability to walk on land or swim in the water.

The partial skeleton was found in near the Nile River in Northern Egypt’s Fayum Depression, a dip in the land that falls below sea level formed by wind erosion 1.8 million years ago, according to link.springer.com.

According to the study published by the Proceedings of the Royal Society B, the ancestors of modern whales transformed from herbivorous deer-like terrestrial mammals to carnivorous and fully aquatic cetaceans.

The Phiomicetus anubis is a medium-sized example of protocetids that lived around 43 million years ago, the fossil represents a semiaquatic stage in the whale’s evolutionary history.

This is not the first four-legged whale fossil to be discovered, in 2011 a group of paleontologists uncovered a 43-million-year-old whale fossil that had four legs, webbed feet, and hooves. At the time scientists compared the creature to an otter or a beaver.