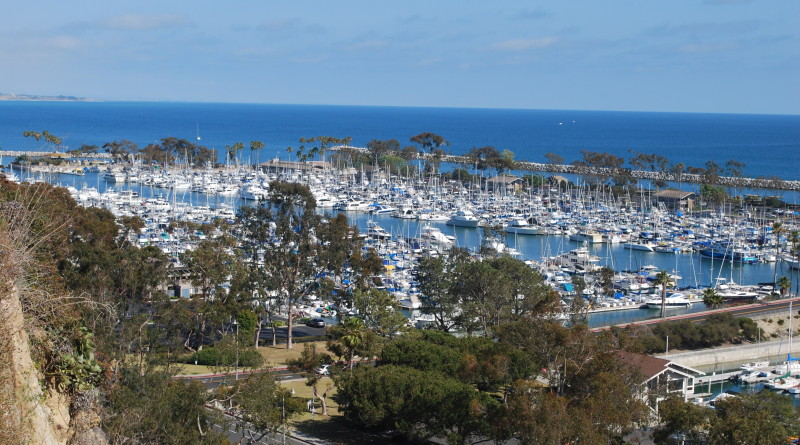 DANA POINT — Orange County’s brass will soon make a decision of who will lead Dana Point Harbor and its long-awaited revitalization. One of estimated five or six candidates up for the job is none other than Brad Gross.

Yes, that Brad Gross, the former county employee who managed these quiet waters along the South Orange County coast. He supposedly “retired” on May 12, 2016, days ahead of the county’s Auditor Controller release of an audit report finding a lack of institutional control on his watch. (A second audit report, released just a few weeks ago, found other management control weaknesses during his tenure.)

We’re not yet one year removed from his “retirement,” and Gross is in the running for the very job he vacated.

Now Gross is not yet hired – no one is, according to multiple sources, including Orange County. Then again this isn’t the point. Why was Gross allowed to interview for this position in the first place?

Sure the four corners of his resume probably make him the most qualified applicant, and he certainly knows the ins and outs of Dana Point Harbor.

However, are we okay with paying Gross a taxpayer funded salary of $76,960 to $136,760, plus benefits, in light of management transgressions occurring on his watch? (Gross, according to California’s State Controller, earned $195,694 in total wages in 2015.)

Should our government be considering candidates for top offices – or any office – which were associated with official findings of management weaknesses (in the same exact job, no less)?

We also question whether Gross honors freedom of the press. Gross once personally prevented Ambrosia Brody, The Log’s former reporter and editor, from attending a public meeting in Dana Point.

Let’s also factor in the county has spent more than 20 years trying to revitalize Dana Point Harbor, spending a whopping $20 million of taxpayer money on plans, reviews, consultants, analyses and management firms … but nothing more than a few roadside improvements near the waterfront to show for all the time and money spent.

A current estimate of the revitalization’s budget is pegged at $175 million, meaning Orange County’s taxpayers will be on the hook for nearly $200 million for a harbor rebuild (which might not be completed for several years).

All this put together – you tell me, how can one not be at least skeptical of the way our government functions?

Certainly there is nothing against Gross submitting an application for his old job, but why are county officials even allowing him to be considered for the director position in light of the circumstances surrounding his departure?

In what business or industry is it a good practice to interview someone for the very same job he or she was found to be have been found deficient at in a formal audit?

His failure to maintain institutional control over an unauthorized discount program providing tangible benefits to public employees should be enough reason to keep Gross out of the running – regardless of his qualifications or right to apply for the position.

An audit report released in May 2016 revealed his department abused a hotel discount program.

County employees were allowed to take advantage of the discount program and book rooms at Dana Point Marina Inn for $50 per night – significantly cheaper than the $162 per night the hotel charged for market rate guests during Memorial Day weekend in 2016.

The audit report revealed at least one public official took advantage of the discount program – which was never approved by the county’s Board of Supervisors and deemed to be unofficial – for several months.

Dana Point Marina Inn is a county-owned hotel; Gross, during his roughly nine years as harbor director, effectively served as the hotel’s landlord.

A second audit report released by the Auditor-Controller’s office in March found significant control weaknesses in the management of vendor operations at Dana Point Harbor between April 1, 2015 and March 31, 2016. Deficiencies were specifically found in management and oversight of a marina operator and a failure to report tenant rent payments.

The audited time period overlaps with Gross’s tenure as the harbor’s director.

County officials might have been content labeling Gross’s departure as a “retirement,” but, in light of how it coincided with at least two audit reports finding management deficiencies under his watch, the departure could just as easily be considered as a “resignation” in some corners.

Dana Point Harbor has been without a dedicated, full-time director or manager since Gross vacated his position, and the department he oversaw was collapsed into another, larger county agency (O.C. Parks).

Orange County announced in December 2016 it was searching for someone to fill the new harbor manager position – and Gross, according to several sources who spoke with The Log anonymously, interviewed for the position.

The county itself has been mum on the hiring process, telling The Log the identity of the candidates could not be revealed, as it would conflict with the hiring committee’s deliberations.

A county spokesperson even cited case law in defending why the identities of the candidates of a public office are currently held in anonymity.

She added county officials are still deliberating candidacies, though other sources indicated a decision could be made within days.

Indeed, as of April 20, no one has been announced as the successful candidate. Whether or not Gross actually regains the top management position at Dana Point Harbor is irrelevant.

The fact he was among the final batch of candidates interviewed for the harbor director opening is enough to raise substantive concern. The county’s own audit reports should wave many bright red flags about whether Gross is capable of overseeing Dana Point Harbor again.

We don’t have any assurances the management weaknesses occurring under Gross’s watch, established in two county audits, won’t be repeated again should he be allowed to return. The lack of a transparent hiring process does nothing to quell these concerns.

Of course your concerns do not have to be held back. Please contact the following public officials to share your thoughts on whether county officials should be more discriminatory in whom it considers for employment.

Remind anyone you contact they are our public servants. Government, no matter how you slice it, must serve the public. We need to hold our officials – elected or otherwise – accountable. (See sidebar for representatives and their contact information.)