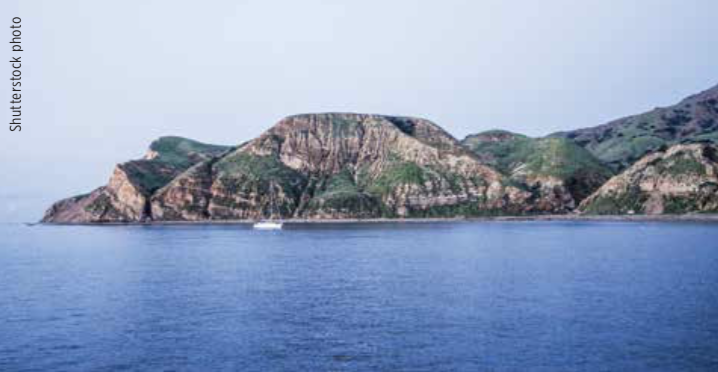 The National Academy of Public Administration completed their third review in April 2021. at the request of the sanctuary system as part of preparation for the 50th anniversary of the National Marine Sanctuaries Act in October 2022.

SILVER SPRING, MD.— A recently released external review of the National Marine Sanctuary Systems found the system has made significant strides since its inception in 1972 and identified several ways the agency can continue to meet new challenges and opportunities in the next decade.

The Office of National Marine Sanctuaries commissioned the review ahead of its 50th anniversary to identify major achievements and to consider recommendations on how the agency might prepare to address challenges and opportunities
in the marine environment during the next 10 to 15 years.

The ONMS contracted with the National Academy of Public Administration, a congressionally chartered, non-parti-
san, nonprofit organization, that has reviewed the sanctuary system twice in the past, in 2000 and 2006, to conduct the re-
view. NAPA released the report in April.

The panel used input from external stakeholders and government partners as well as documentary research to put
together their findings. In the report, NAPA highlights seven major accomplishments of the system: innovation; protection of marine resources; conservation and scientific research; maritime heritage; management; community engagement; and positive externalities for partners and stakeholders.

NAPA calls out the scientific accomplishments of the system in studying and characterizing its sites, the broader application of its baseline information to the larger marine realm, and its pioneering work in better understanding the nation’s maritime heritage.

NAPA’s report highlights community engagement and successes of the system through its work with sanctuary advisory councils and volunteer programs that are the “gold standard” for external stakeholders, as well as positive externalities from working with sanctuary gate-
way communities.

The report said sanctuary communities, partners, and stakeholders including the fishing industry have accrued secondary benefits.

“Studies have revealed that increased protection and conservation of marine areas can benefit the fishing industry,”
the report stated. “MPAs, particularly highly protected areas such as certain zones within sanctuaries, can enhance
and extend fish stocks and catch yields. These benefits largely come from a ‘spill-over effect’.”

The panel highlighted two emerging opportunities that ONMS might capitalize on, expanding aquaculture and the rise of marine energy development. The report said MPAs, such as the sanctuary sites, can be potential locations for future aquaculture development because of their previously established levels of preservation and relatively healthy ecosystems.

“The System also has the potential capacity to protect native or wild fish stocks in the process, which can be harmed by
poorly managed aquaculture,” the report said. “Sustainably managed and monitored aquaculture can, in turn, provide benefit to MPAs both inside and outside their boundaries by helping to enhance biodiversity and providing positive socio-economic impacts to local communities.”

The report outlined 15 recommended actions to enhance the system’s ability to position itself to play more of a leading role than it has in the past. The report recommended the system develop an expanded vision and long-term goal to build itself into a more balanced, focused, and better-resourced actor that can take a leading role in NOAA and across the U.S. government in protecting the marine environment. It also recommended ONMS expand its engagement with non-traditional external stakeholders, such as sea-based shipping companies, marine-based extraction industries, commercial fisheries, and renewable energy companies.