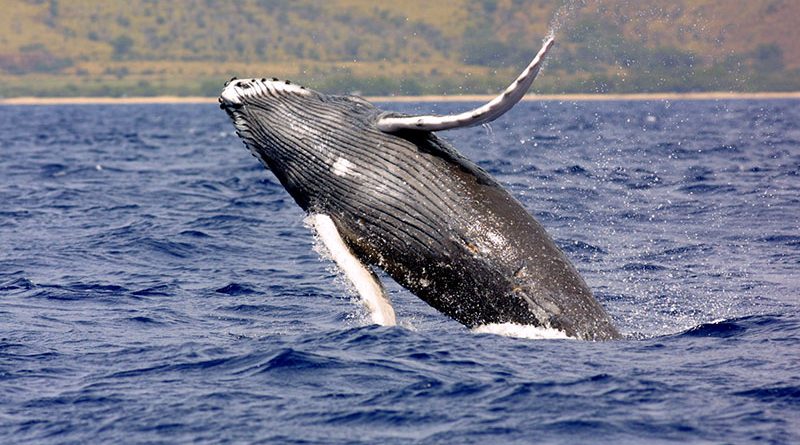 On June 6, the Center for Biological Diversity sent a 60-day notice of intent to sue to the National Marine Fisheries Service over violations of sections seven and nine of the Endangered Species Act in the California drift gillnet fishery.

The center states the NMFS failed to consult with scientists on the fishery’s environmental impact on the humpback’s west coast population and is risking the population due to the drift gill nets.

The intent to sue comes after data from the NMFS was released, which indicates the California fishery caught almost a dozen humpback whales in drift gillnets throughout 2021.

The Pacific population of humpback whales who winter in Central America has an estimated 750 individuals who feed almost exclusively off of California and Oregon during the summer. The population in Mexico has about 2,900 individuals; both populations have been protected under the ESA since 2016.

The catch or take of the whale is strictly prohibited under the act. There are permits, however, which allow for incidental catches. Therefore, the NMFS is under the microscope for the continued authorization of the fishery without an incidental take statement which allows for the incidental take of the whales under the management and authorization of the fishery, which without the proper documentation makes the take unlawful, according to the letter from the center.

In the letter, the center also cites that NMFS failed to initiate and complete ESA consultation on the impacts of the fishery, which violates section seven of the act.

“Section nine is the prohibition on take of an endangered species, and section seven is the consultation requirement which only applies to federal actions or federal agencies,” said Catherine Kilduff, an attorney for the center.

The center is suggesting the closure of the fishery where the entanglements have been observed until the federal fishery services can complete a consultation to ensure the fishery is not jeopardizing the humpback population.

The NMFS has 60 days to respond to the intent to sue, and the center hopes there will be some type of movement in environmental impact efforts.

“I am optimistic in the next few months there will be movement to curb the environmental impact of the fisheries because it has been under discussion for many many years,” said Kilduff.

There have been several legislative efforts to phase out drift gill nets in California, including California Senate Bill 1017, signed into law in 2018, which directs the California Department of Fish and Wildlife to establish a voluntary transition program that incentivizes fishermen to transition out of the drift gill net fishery.

The U.S. Senate unanimously voted to pass the Driftnet Modernization and Bycatch Reduction Act on Sept. 14, 2021. The bill will phase out the use of large-mesh drift gillnets in federal waters off the coast of California, the only place where the nets are still used in the United States. The federal bill is now in conference.

For more information and to read the full letter, see https://biologicaldiversity.org/.