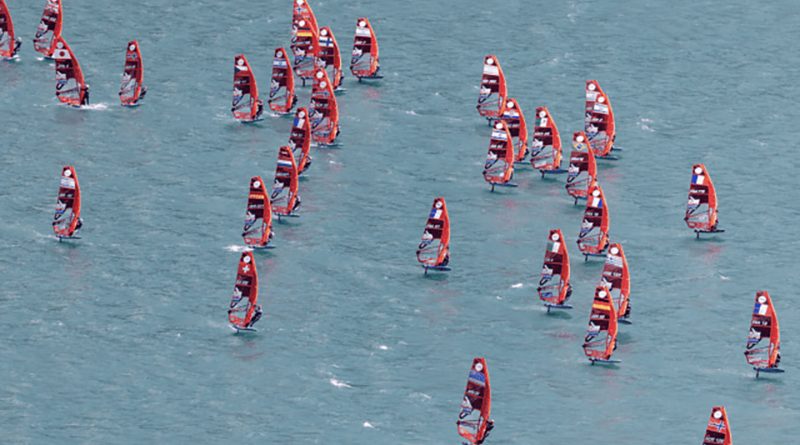 MARSEILLE, France一 Three US athletes hit the ground this week in Marseille, France, for the 2021 iQFoil European Championships that ended yesterday. Alexander Temko from Clearwater, Florida, competed in the Under 21 Division, Fiona Wylde from Hood River, Oregon, competed in the Open Division. Finally, Xavier Ferlet from Santa Clarita, California, competed in the Open Division as well. The sailors are coached by former US Sailing Team Windsurf athlete and recipient of the 2020 US Sailing Developmental Coach of the Year award, Phil Muller. “The Mistral [cold and dry strong wind in southern France] was in full force today and pumping 4’ swell with chop on top,” said Muller in an Oct. 22 press release from US Sailing. “We have six days of racing scheduled, and the USA is here at the 2024 Olympic venue to learn and compete with the best in this new Olympic class.” Temko is expected to compete on Team USA at the inaugural Jr. Pan American Games in Cali, Colombia from Nov. 26- Dec. 5 after winning the domestic qualifiers at the San Francisco edition of the West Marine US Open Sailing Series. Wylde is a three-time Stand-Up Paddleboard World Champion and, Ferlet has had impressive scores at four of the six West Marine US Open Sailing Series events across Florida and California.