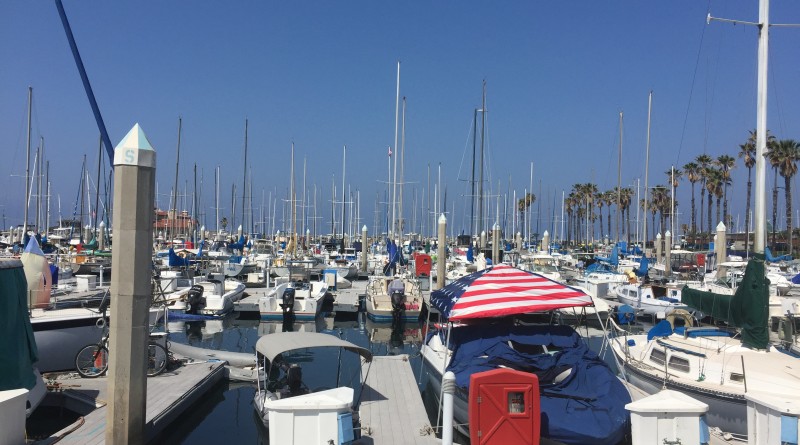 Waterfront appeal denied, Redondo Beach boaters could get a boat launch ramp at Mole B

The Harbor Commission approved the EIR in August but its decision was immediately appealed by Light, causing the Waterfront proposal to be in limbo until the appeal was heard by the City Council.

CenterCal Properties will continue with its $300 million plans to redevelop the harbor area with commercial, residential and visitor-serving uses. The revitalization project was on hold. Light appealed the Harbor Commission’s approval of the Waterfront EIR in August.

The council’s rejection means a vote by the Redondo Beach Harbor Commission to allow a boat launch ramp to be built at King Harbor’s Mole B stands.

A post on CenterCal’s Facebook page hailed the City Council’s decision within a few hours of the vote.

“A momentous evening for us last night as The Waterfront project received a 3-1 vote before city council in favor of sustaining the Redondo Beach Harbor Commission’s decision to certify the final EIR and other approvals related to The Waterfront,” the post stated.

Rescue Our Waterfront (ROW), a local grassroots organization, had been one of the most vocal groups expressing opposition to the Waterfront project.

ROW members filed a request with county officials, prior to the appeal hearing, to have voters decide the fate of the Waterfront proposal. The ballot initiative, if approved by the county Registrar, could be on the March 2017 ballot.

The group expressed dismay with the City Council’s decision on its social media sites shortly after the Oct. 19 vote.

“Rubber-stamped,” a ROW tweet stated after Light’s appeal was denied.

“We are excited to see Council member Steve Sammarco stand up for his community, call into question the major EIR flaws and vote no on the motion to approve the EIR while supporting Jim Light’s appeal to deny the EIR approval,” a post on ROW’s Facebook page stated.

Sammarco lodged the sole “No” vote.

The group also accused CenterCal of bussing people to the City Council meeting and prepping them with talking points.

More than 200,000 square feet of buildings are expected to be demolished to make way for CenterCal’s redevelopment project.

While opponents were mostly concerned with the size and scale of CenterCal’s project many boaters were quite particular of where the harbor’s first-ever boat launch ramp would be placed.

Some boating groups, such as members of ROW, advocated for the launch ramp to be placed at Mole D. Building a launch ramp at Mole B was too dangerous because of its close proximity to the main channel.

At least one harbor commissioner acknowledged a boat launch ramp at Mole B could indeed pose safety risks for boaters.

“The Waterfront project as approved by the Harbor Commission provides an optimal balance of land uses and public amenities within the physical, economic and regulatory constraints that exist on the site,” city staff stated in a report to council members. “Each of these three constraints was carefully considered in developing a project that is ‘right-sized’ for the community, is livable and economically and environmentally sustainable.”

City staff added the project’s opponents have not offered a proper solution of how a smaller-sized development would help improve aging infrastructure.

“While some advocate for a lower amount of development, no explanation has been given as to how a significantly smaller project would pay for the critical public infrastructure improvements needed in the Harbor or achieve the important urban design and place-making objectives of creating a vibrant waterfront village for residents and visitors alike,” city staff said.

The revitalization project has also shrunk in size, taking up a smaller footprint than originally proposed, according to city staff.

Recent public hearings of the Waterfront proposal have been time consuming. The City Council meeting to hear Light’s appeal began just before sunset on Oct. 18; the final vote was recorded just passed 2 a.m. on Oct. 19.